Our Experience Maintaining a Seismic Station on Mt Olympus

Our Experience Maintaining a Seismic Station on Mt Olympus

This is a Q&A with Doug Gibbons and Nicholas Shlagenhaft, two PNSN field engineers who recently returned from an expedition to Mt. Olympus, where they performed maintenance work on seismic station OSD.

Doug Gibbons is a Field Engineer for the PNSN and works to install and maintain the seismic stations in Washington and Oregon.

Nicholas Shlagenhaft works for the PNSN to procure locations for new seismic stations across Washington and assists with projects in high alpine environments.

Q: Where exactly is the field site and how did you get there?
NS: The field site is located on the flanks of Mount Olympus, about 1,200 ft below the summit, on a large glaciated plateau known as Snow Dome. With permission from Olympic National Park, the PNSN transported technicians and equipment up to Snow Dome via a Bell 407 Helicopter to perform maintenance on seismic station OSD.
Q: What does the Mt Olympus station do? What is its significance in the big picture of the PNSN?
NS/DG: Since its installation in 1984, OSD has played a critical role in the real-time continuous monitoring of ground motion associated with movements of the Cascadia Subduction Zone fault, which dips eastward approximately 25 miles below the Olympic Mountains. Having a seismic station as close as possible to the epicenter of earthquakes originating from the Cascadia Subduction Zone fault is necessary to accurately determine their depth, location, and magnitude; thanks to an upgrade in 2015 OSD can now also contribute to ShakeAlert, Washington’s Early Earthquake Warning System. 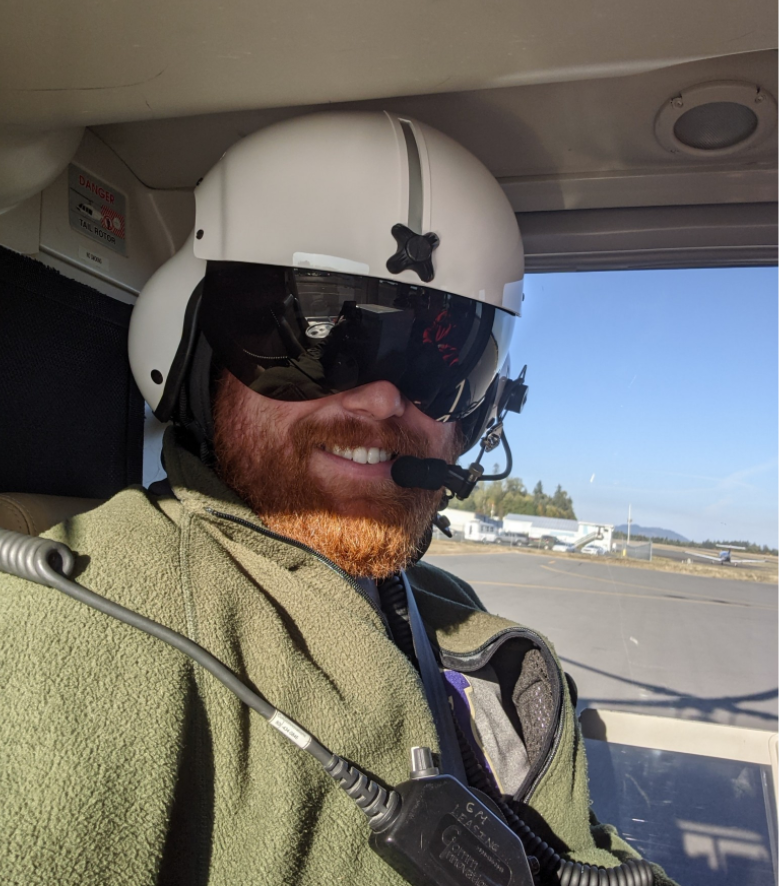 Doug prepares for the flight up to OSD.
Q: Why does the station need maintenance? What work were you doing there?
NS/DG: While OSD has proven itself to be a remarkably robust station over the years, Mount Olympus is a harsh and unforgiving environment for scientific monitoring equipment. As such, routine maintenance is required to ensure the station continues to perform real-time continuous ground motion monitoring operations. During our trip up to Snow Dome we replaced the seismic instrument with a more modern and capable sensor. We weatherproofed exterior cables for the telemetry system. Lastly, we replaced the station’s solar-charged batteries, which were losing capacity, with some brand new batteries. The new batteries will ensure the station stays online during the winter months when there is less daylight and the possibility for snow to cover the solar panels. 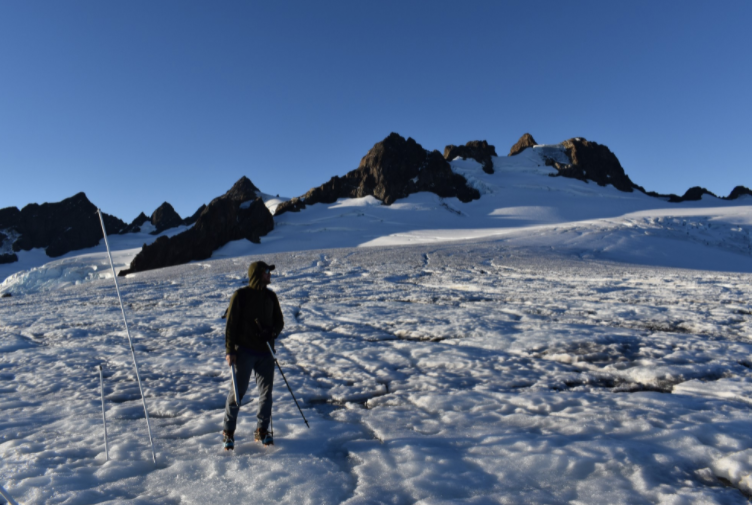 Nicholas on the Blue Glacier at Snow Dome.
Q: How long has the OSD station been there and how was the site chosen?
NS/DG: OSD has been under continuous operation since its installation in 1984. The location for OSD was chosen in response to the presence of a hut and climbing shelter at Snow Dome that were originally constructed as part of the University of Washington’s Glaciology program to study prominent glaciers of the area. The hut and climbing shelter provide protected housing for our instrumentation, as well as excellent anchor points for our solar panels and radio telemetry equipment. These factors in combination with the site’s remote location, away from sources of persistent cultural noise, make OSD an ideal seismic station.
Q: Has the OSD station detected any earthquakes recently?
NS/DG: Yes, the OSD station has contributed to the detection of 2,900 quakes over its lifetime, including about 80 per year over the last several years.
Q: What is the most difficult part of doing fieldwork on Mt. Olympus? The most fun or rewarding part?
DG: The best part is the view from the office:
NS: In my opinion, the most difficult part of fieldwork on Mount Olympus is all the preparation that goes into the trip. The field site is in a very remote location, is home to legitimate objective hazards, and has some of the most volatile weather in the entire country! With that in mind, it is paramount that we have all of the tools and gear we need to not only perform planned and unplanned station maintenance objectives, but to also safely navigate down the mountain in the event conditions take a turn for the worse. The same factors that make field work on Mount Olympus difficult also make it incredibly rewarding. Watching the sun set over the Pacific Ocean from atop the Blue Glacier after a hard day’s work is something we will never forget!
Q: What is the future of this station? How long of a useful life does it have?
NS/DG: OSD has been critical to the PNSN’s monitoring of seismic activity on the Olympic Peninsula for the last 36 years. We hope it continues to provide us with new data, understanding, and earthquake early warning for the next 36 years, and beyond! The new sensor and batteries we just installed should work as intended for 5-10 years before another trip up to the field site is required. 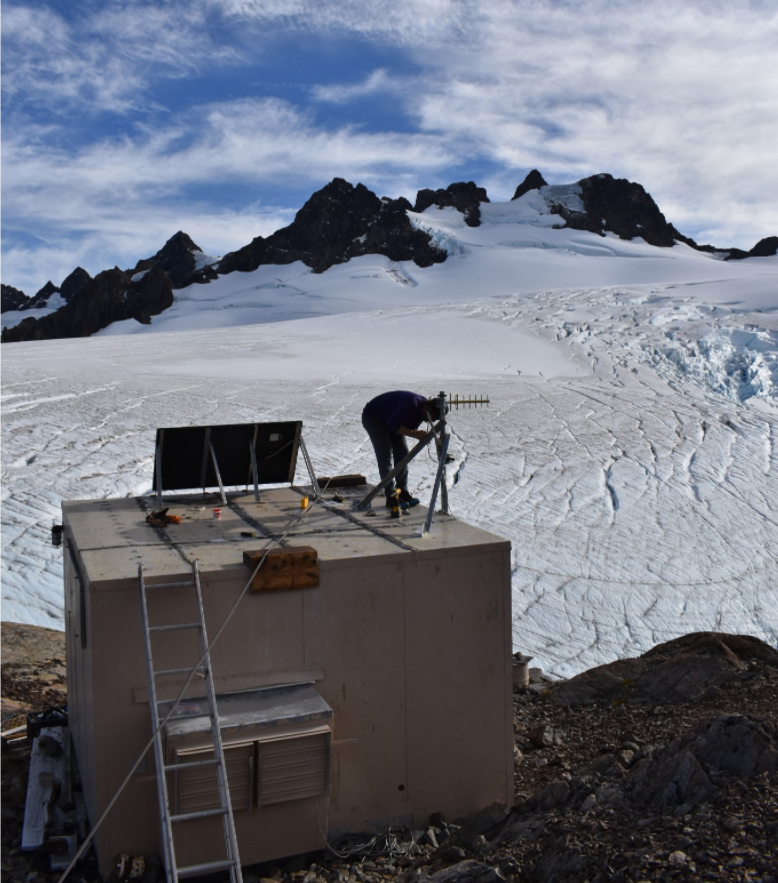