Predicting big quakes from patterns of little ones

Predicting big quakes from patterns of little ones

Earthquake prediction has been popular forever.  It has been attempted anywhere from centuries to seconds before the anticipated events.  Prof. Keilis-Borok of UCLA and colleagues are trying a few months to a few years ahead of time, and have tested their ideas more than most. 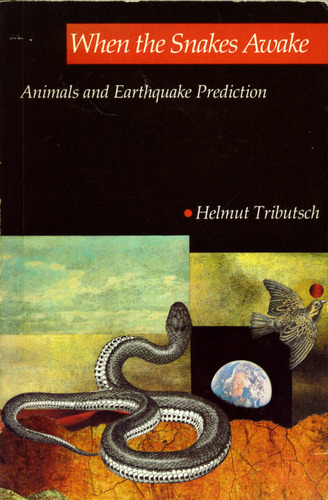 Prof. Keilis-Borok and his team, in one sensible method, search for upticks in rates of seismicity that extend over an area appropriate for the magnitude of earthquake to be predicted.  Here, the target magnitude is M>6.4, and areas are around 100 km.  The method strives for detection of patterns more complicated than simply within a circle.  Expired predictions are posted on the web. 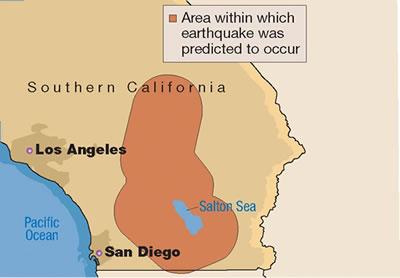 This example is interesting because (1) it occurred when the success rate of the method was arguably 2 out of 2, (2) many people live in and around the area of the forecast, and, (3) partly due to my miscalculation as Director of Prof. Keilis-Borok's Institute at UCLA, the public learned of the prediction while it was still a prediction in a press release.  In brief, there was animated discussion between scientists and in the press and the earthquake didn't happen.  Even if it had, a mid-6 magnitude earthquake most places in the area would not have been devastating.

Fortunately, the next predictions, which somehow branched into the four rococo shapes covering both LA and San Diego shown below, did not reach the press.  Those predictions were not fulfilled, either. 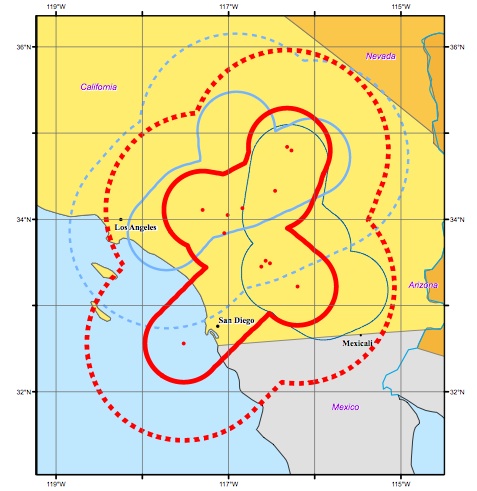 The details are important.  Subsequent work has led the research team to estimate that predictions like this, which should work only once in every 20 or 50 tries if they are worthless, work about half the time.  Others consider they are likely to work only one time in ten, or are about five times less effective.  Even if the predictions only happen 10% of the time, they will have detected danger having risen by a factor of 2-5, more impressive than most predictions.

Unfortunately, the predictions are so prolonged and over such a big area that they do not present many opportunities to improve public safety.