Landslides and seismology are two words not often associated with each other. However, in the case of the Nile Valley Landslide of October 11, 2009, the two went hand in hand. The landslide, one of the largest in recent Washington State History, involved more than 10 million cubic meters of material. It destroyed several houses, a portion of Highway 410 and partially dammed a river, causing flooding in the valley. The photo below shows where the landslide crossed Highway 410. 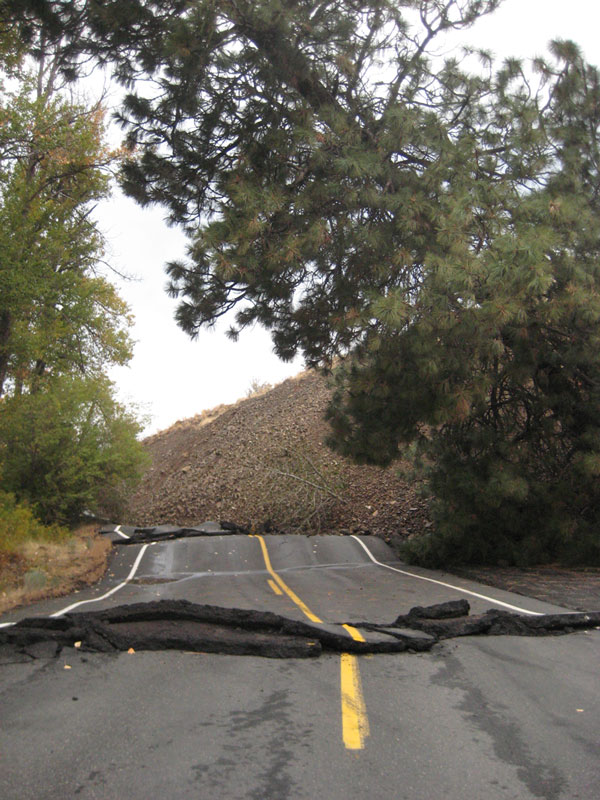 A portion of the riverbed was uplifted near the toe of the slide and was later found on top of the toe along with some unsuspecting dead fish. Fortunately, the fish were the only casualties because the landslide gave warning in the days and hours beforehand: rumbling sounds, raveling rocks and a smaller precursory landslide. These "foreshocks" allowed people to evacuate in time. As the main landslide failed in a complex series of events, some of the more energetic failures generated signals that were detected on two seismic stations operated by the PNSN nearby. In collaboration with the WA Department of Transportation and Department of Natural Resources, PNSN seismologists pieced together the timeline of sliding events using the seismic record in combination with eyewitness accounts and site investigations. Click the image below to enlarge the timeline: 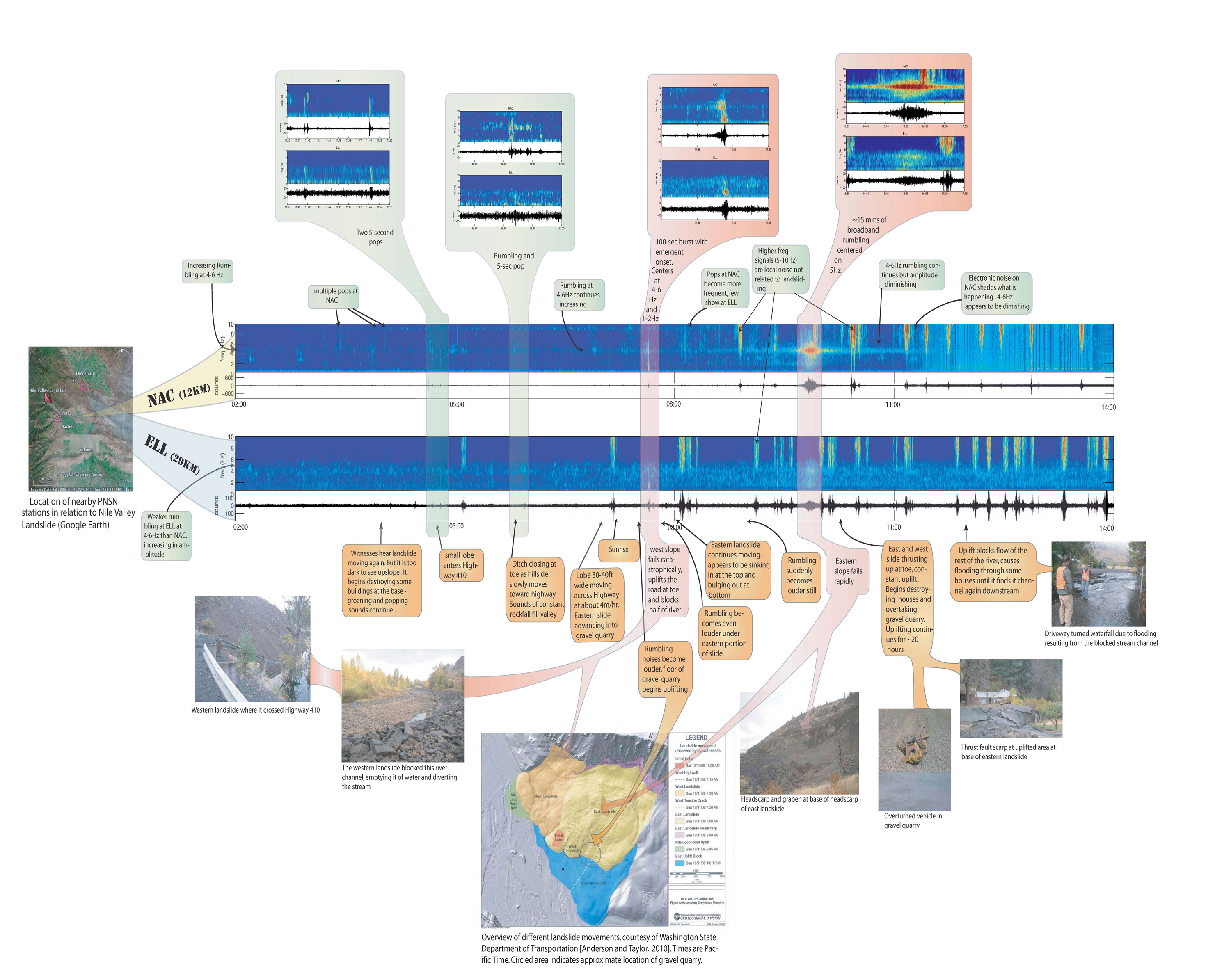 They also deployed seismometers around the landslide to monitor post-slide seismicity. They recorded more than 60 "aftershocks," smaller landslides that were primarily small landslides off of the newly created and very unstable headscarp. The dashed line on the LIDAR image below outlines the extent of the landslide, the triangles are the seismic stations the PNSN installed after the landslide, and circles are the approximate location of the "aftershock" landslides the PNSN was able to locate. 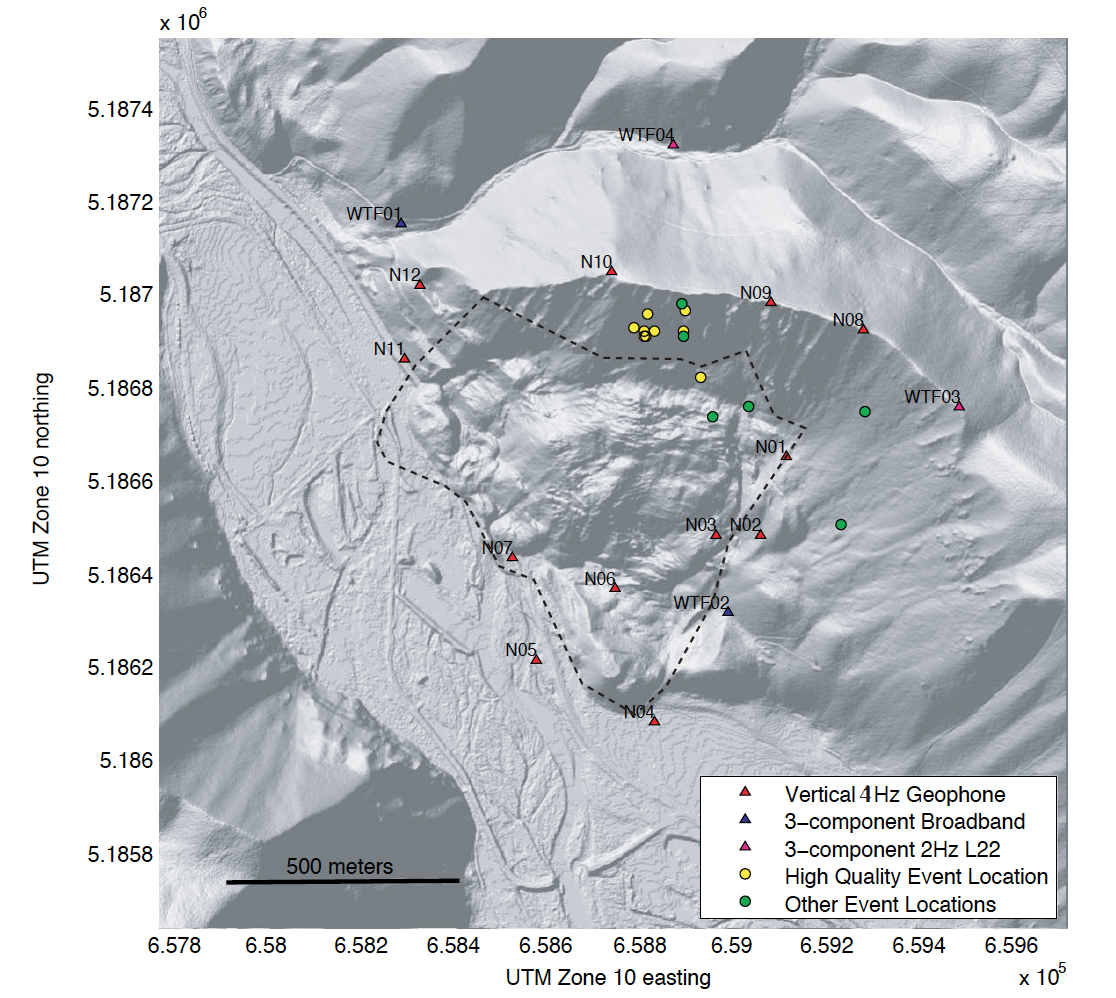