Did you know that there is a type of earthquake that happens so slowly that we can’t feel it?  Every 12-15 months these slow earthquakes occur in the Cascadia Subduction Zone beneath southern Vancouver Island and northern Washington. One of these events is happening right now and is possibly connected to the magnitude 4.8 earthquake NE of Victoria, Canada that occurred on December 29. 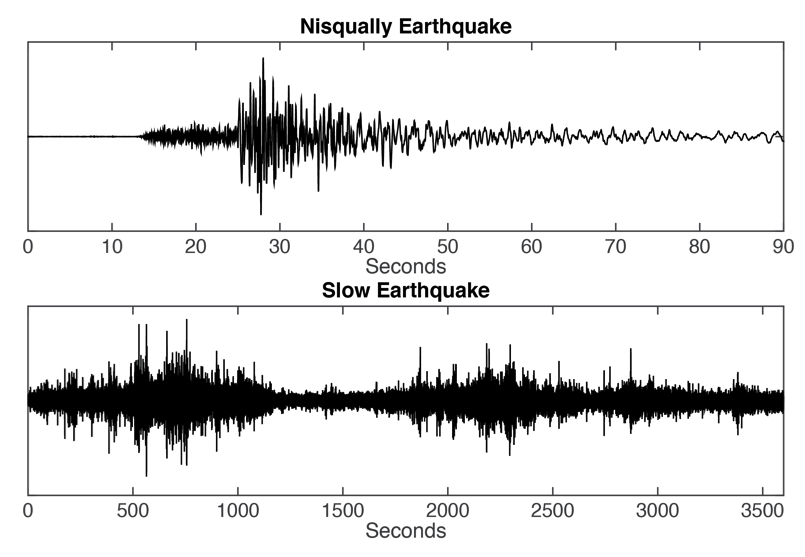 We track slow earthquakes by looking at where and when tremor is occuring.  You can look at tremor using this Interactive Tremor Map.  The example below shows tremor during the current slow earthquake from December 21, 2015 to January 4, 2016.  Each dot on the map, color coded by time, represents 5 minutes of tremor activity.  Unlike normal earthquakes, where a dot represents a single earthquake, all the tremor dots are part of the ongoing slow earthquake. 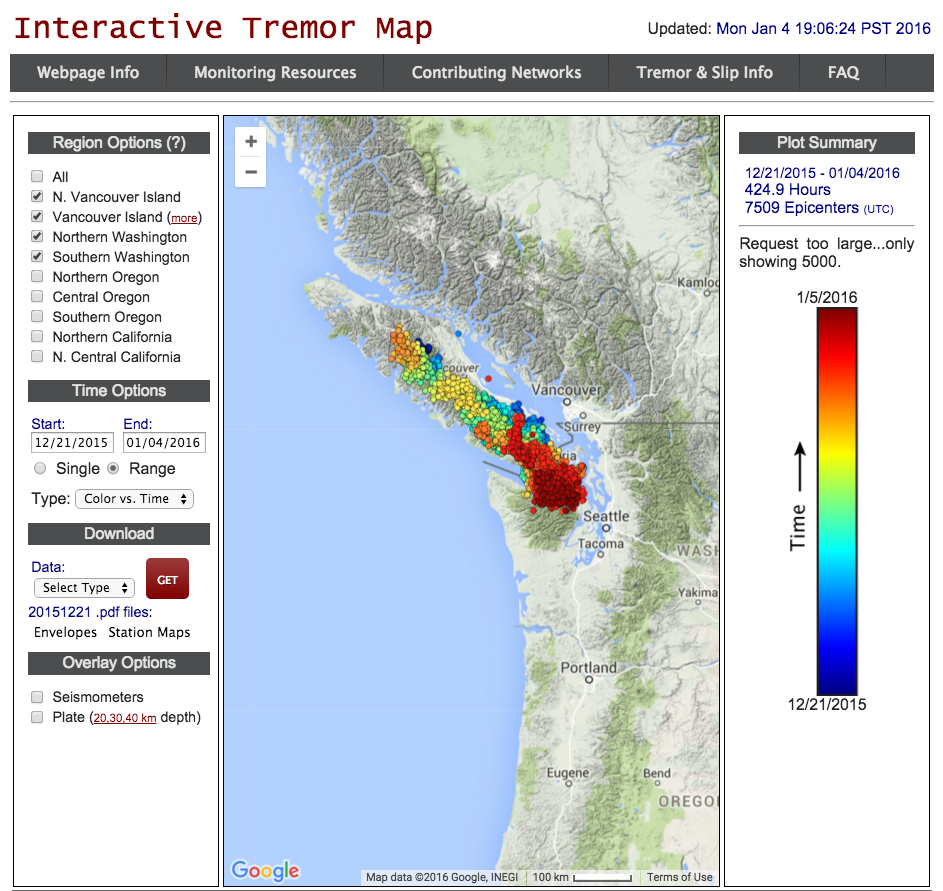 Slow earthquakes happen almost every year and are thought to be part of the normal cycle of energy release in the subduction zone.  This event is in no way alarming! If you want more information about slow earthquakes make sure to read the previous PNSN blog post by Aaron Wech or watch this video of a talk I gave at Town Hall Seattle as part of the 2014 UW Science Now lecture series.