At 4am local time, an M6.1 earthquake struck 50 km north of Bologna, Italy.  As usual, the exact magnitude is problematic to capture in a single number - the initial estimate was 6.3, the official magnitude appears to be 6.0, the magnitude estimated with nearby long-period waves (M from W-phases, which is one of my favorites) is 6.1.  Lamont, my favorite, has an initial number of 6.4 from their realtime surface wave detector, but now I see a better solution with 6.1. 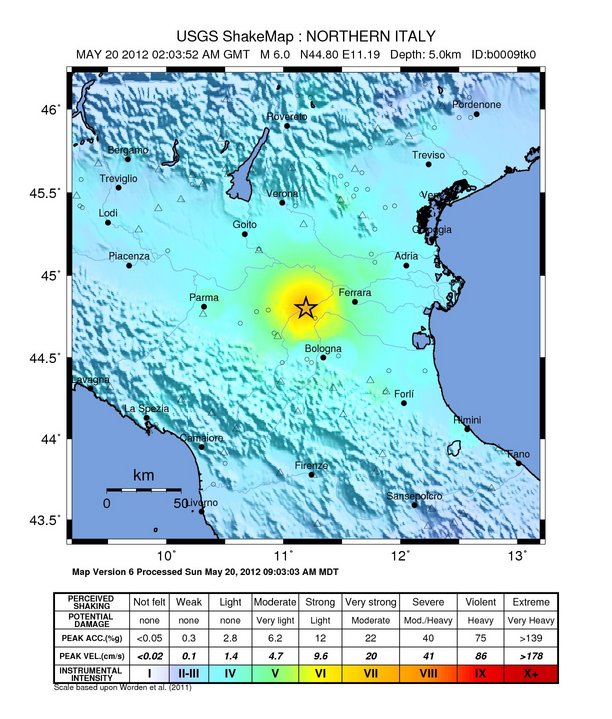 More to the point, the impact of this earthquake was hard to assess purely from the seismic recordings.  The initial estimates from the USGS ranged from 10 to 1000 fatalities, and from $100M to $100B in losses. Fortunately, it appears the combination of striking a relatively sparsely populated area and perhaps relatively lethargic high-frequency motions has resulted in an impact on the low end of the estimates.  In contrast, the 2009 L'Aquila earthquake was only marginally larger, and had much worse consequences. 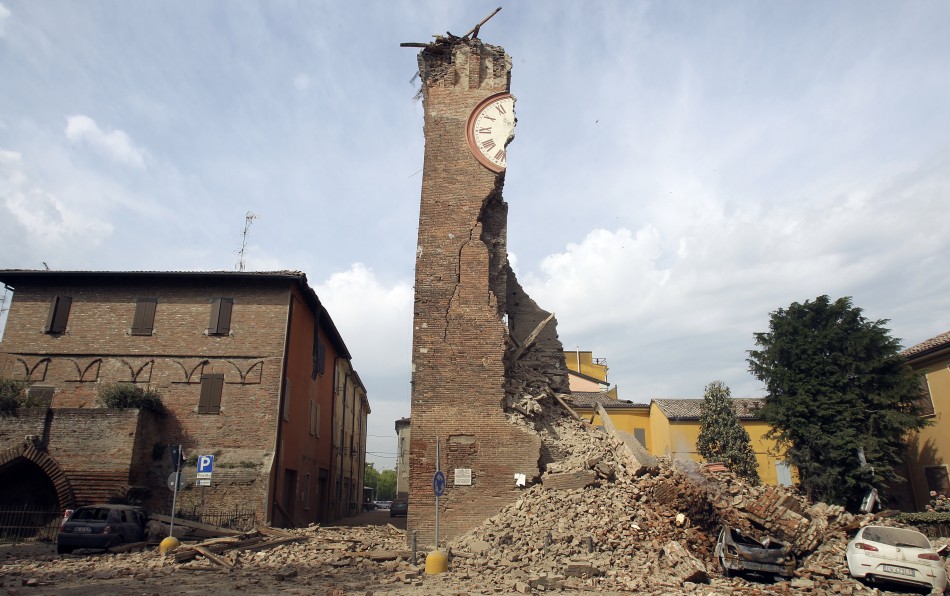 The aftershocks are spread over a region about 40 km by 15 km, indicating the size of the zone that broke, or maybe the rupture zone was just a fraction of the area with aftershocks.  The aftershock zone seems too big for an M6. 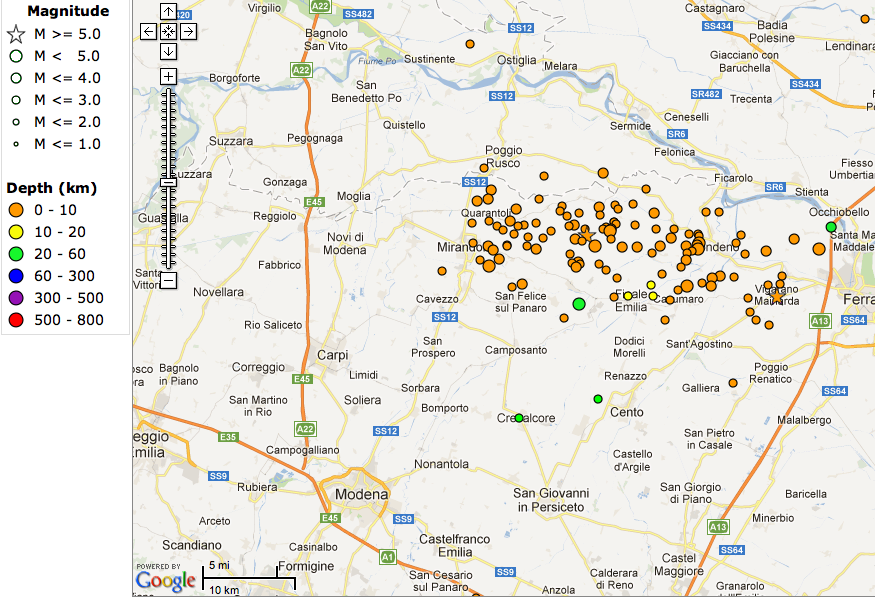 Oddly, this shallow earthquake struck an area in which earthquakes are less common than most of the rest of the country.  It will be interesting to see whether man might have perturbed the Earth, possibly triggering this event. 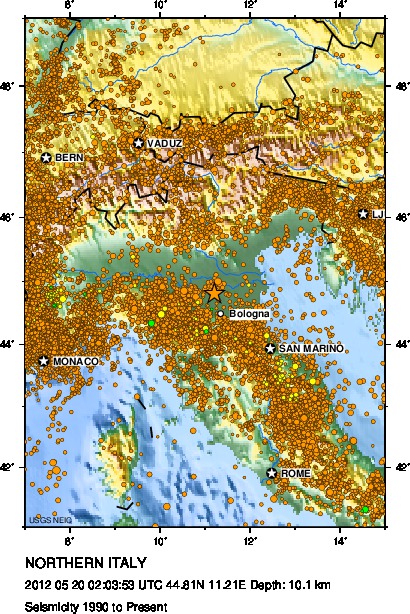 The earthquake had an M4.2 foreshock a few hours earlier, and has had several aftershocks larger than M5 since.  The possibility always exists that a more damaging earthquake will follow.  The seismogram shown from Verona is fascinating.  The foreshock and mainshock are visible.  Also the large 1 and 11 hour later aftershocks are big.  But the half hour afterward has noticeable jots every few minutes - must have been unnerving for people in the area. 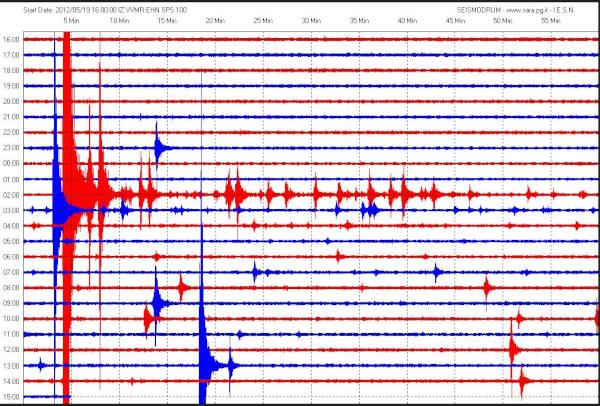 It will also be interesting to see whether the response of the Italian seismologists and emergency managers is different than after the L'Aquila earthquake, as the prior set of government specialists are still on trial for mismanagement of that disaster (very unfairly and counterproductively, in my opinion).

[The last two figures are from the National USGS web page.]