Why does a volcano scream?

Why does a volcano scream?

Harmonic tremor is a kind of continuous seismic signal commonly observed on erupting volcanoes that resembles sounds made by many musical instruments, although at lower than audible frequencies of between 1 and 5 Hz. During the March 2009 eruption of Redoubt Volcano in Alaska, upward gliding harmonic tremor was observed immediately prior to six nearly consecutive explosive events (see the spectrogram below).

The spectrogram shows the dominant frequencies evolving over time, here the 9 minutes that lead up to an eruption. (Listen to the scream sped up 60x) The hum starts very low, around a few Hz, rising to disappear above 20 Hz about 30 seconds before the explosion. For reference, the lower limit of human hearing is around 15 to 20 Hz.

These signals were endearingly dubbed 'the screams' by seismologists at the Alaska Volcano Observatory because of their unusually high frequency content, up to a previously unheard of 30 Hz. Another surprise is that the spectral evolution of the signals is nearly identical from explosion to explosion, indicating a stable and repeatable process is at work in the moments before an eruption, but what?

In the ten hours before the first explosion with harmonic tremor, there was a swarm of over 1,600 repeating 'drumbeat' earthquakes. Over time, the earthquakes became increasingly frequent, eventually blending smoothly into tremor. (Listen to these drumbeats sped up 60x)

Alicia Hotovec (graduate student and PNSN duty seismologist) and collaborators have developed a theory that the harmonic tremor can be explained as many more of these small, repeating earthquakes that are close together in both time and space. Further evidence seems to suggest that these earthquakes may be caused by repeated stick-slip at or near the conduit wall as viscous magma works its way upward. A familiar analog to this case of harmonic tremor might be screeching tires or a squeaky door.

Although this is a rare and extreme example, if you ever happen to be near an active volcano and feel the ground humming, you may want to find cover... 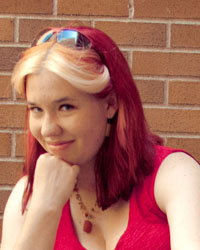 From Alicia Hotovec, originally posted to the Earth and Space Sciences Department newsletter.