What Is ShakeAlert® and How Does It Work?

ShakeAlert®, the US West Coast’s new earthquake early warning system, is publicly available in California and will be coming to the Pacific Northwest in 2021. There will be multiple ways to get ShakeAlert Messages, including through mobile apps, emergency alerts on cell phones, and public address systems in buildings.

As of March 11, 2021, people in Oregon are able to receive ShakeAlert Messages directly on their phone through up to three methods:

Starting May 4, 2021, people in Washington will be able to receive ShakeAlert Messages directly on their phones through two pathways:

There are no purpose-built apps planning to be available in Washington at this time. 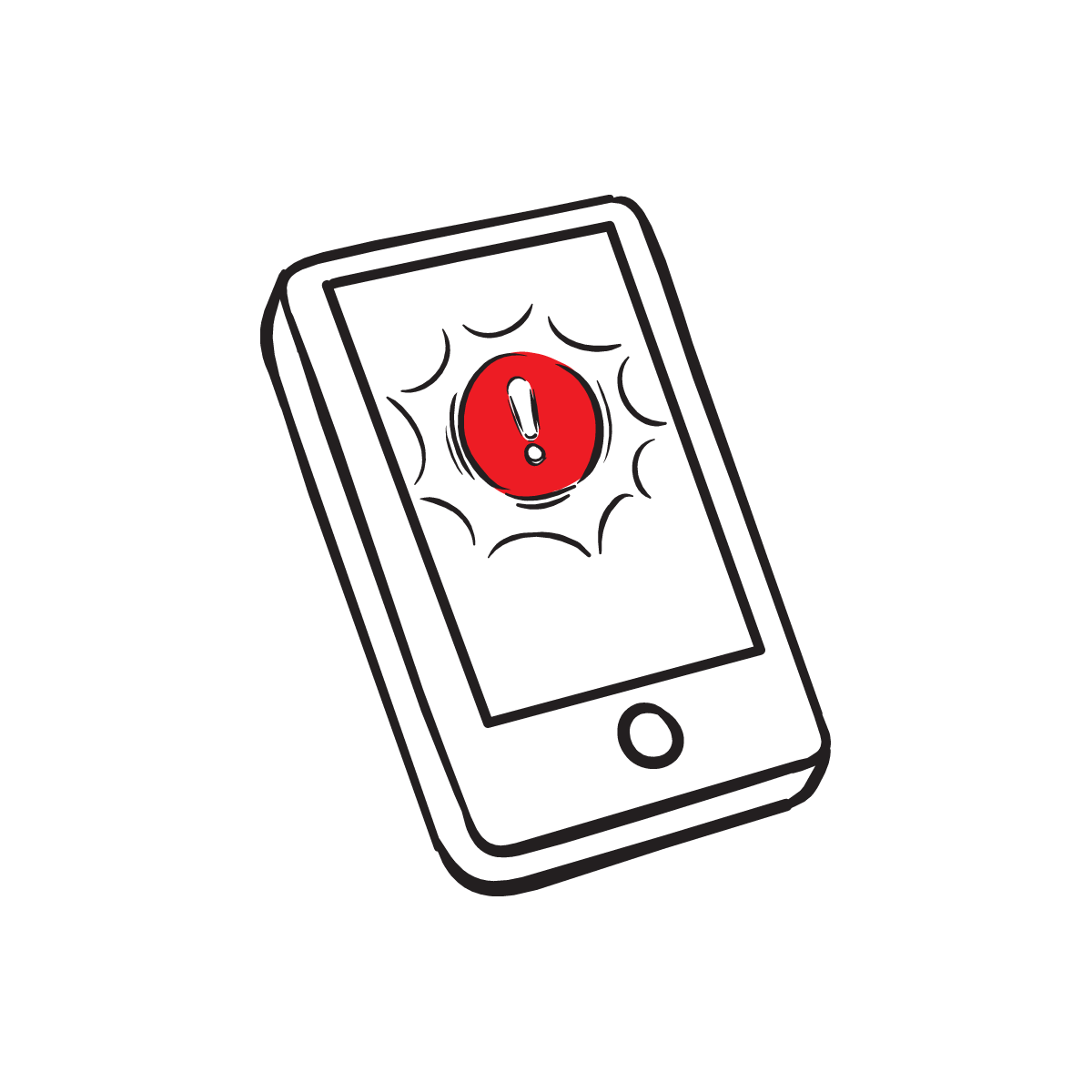 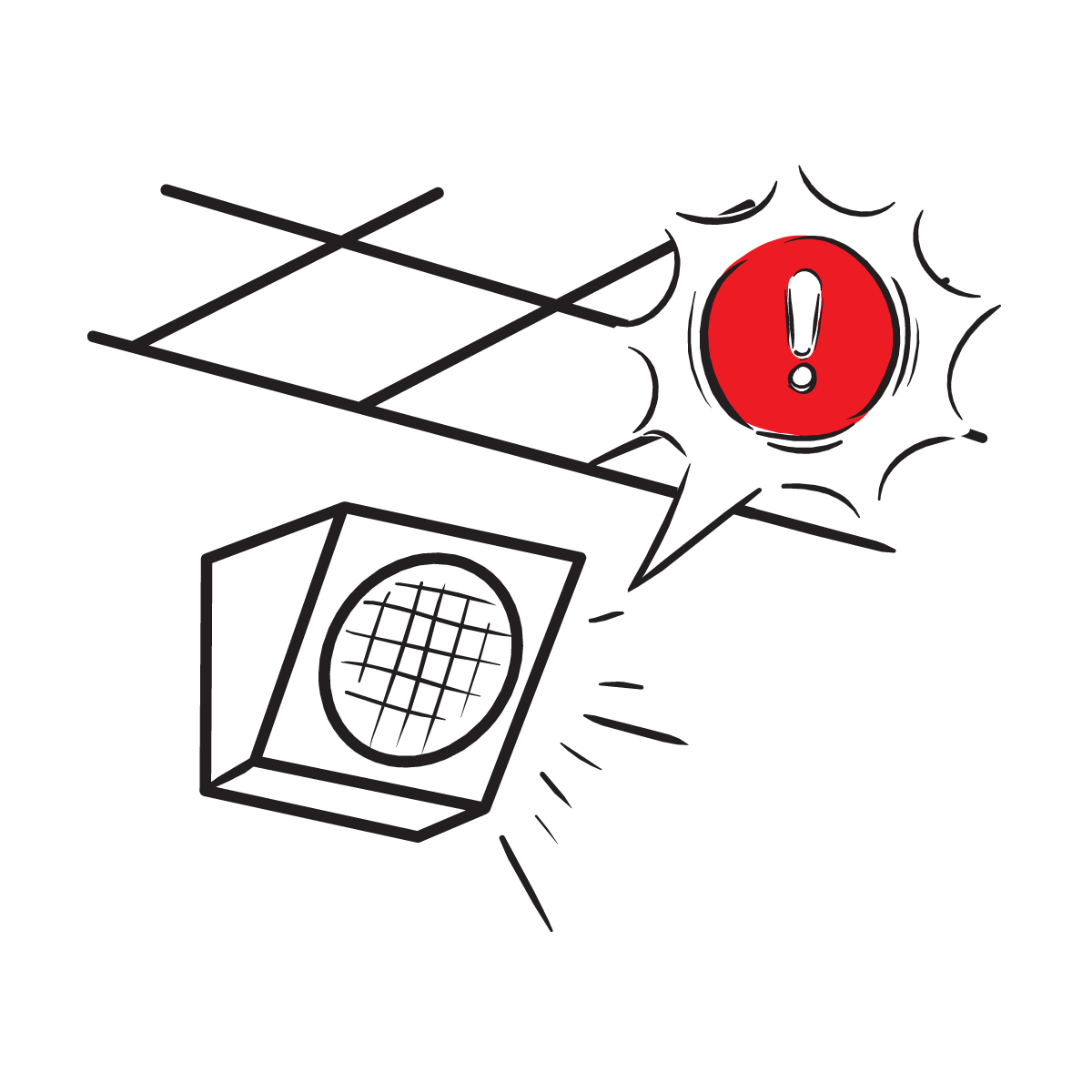 ShakeAlert can save lives and reduce injuries by giving people time to take protective actions like Drop, Cover, and Hold On (DCHO) or to move away from hazardous areas. Some organizations will even use ShakeAlert Messages to trigger automated actions before earthquake shaking starts.

Earthquake early warning will soon be available to everyone in Washington, Oregon and California. The more you know in advance about the ShakeAlert System, including an understanding of its strengths and limitations, the more useful an alert will be to you.

Ground motion sensors near the earthquake feel the ground shaking and relay that information to a data processing center. ShakeAlert algorithms quickly estimate the strength of the earthquake and the areas that will likely feel shaking. During an earthquake, the United States Geological Survey (USGS) rapidly publishes this information as raw data.

USGS-licensed Technical Partners take this information and turn it into public alerts, such as notifications in smartphone apps and announcements on PA systems. Other technical partners might take the USGS ShakeAlert data and use it to take automatic actions, including: 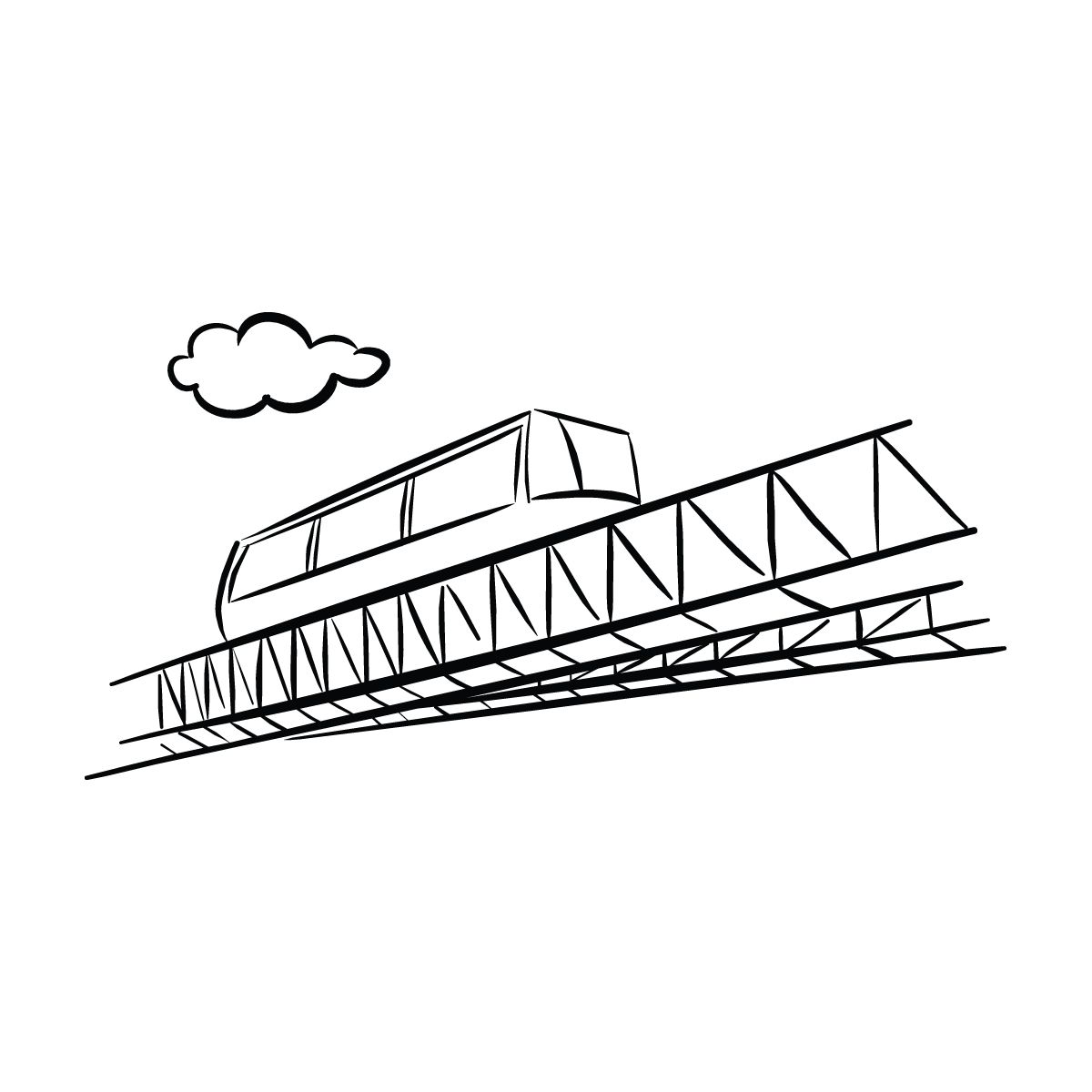 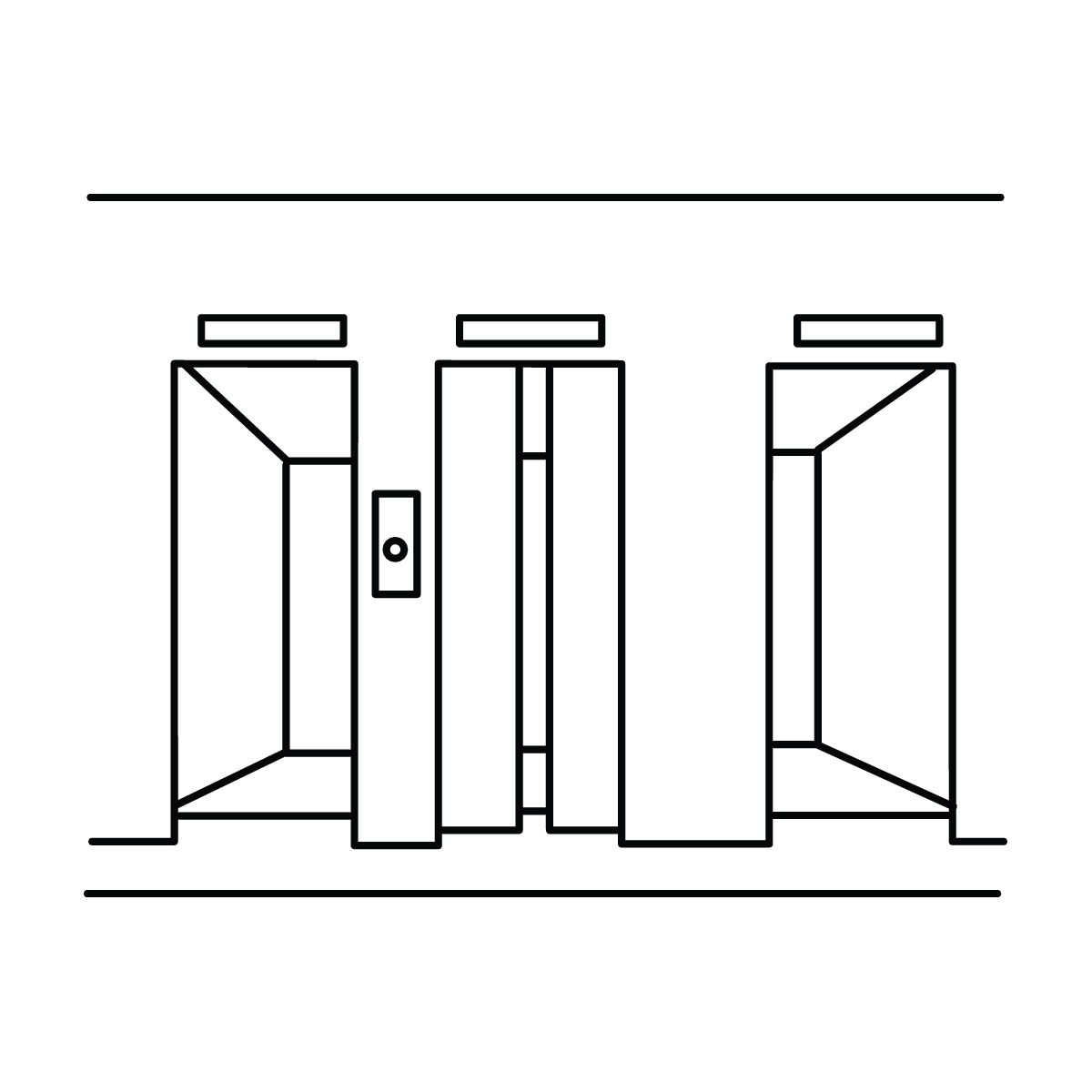 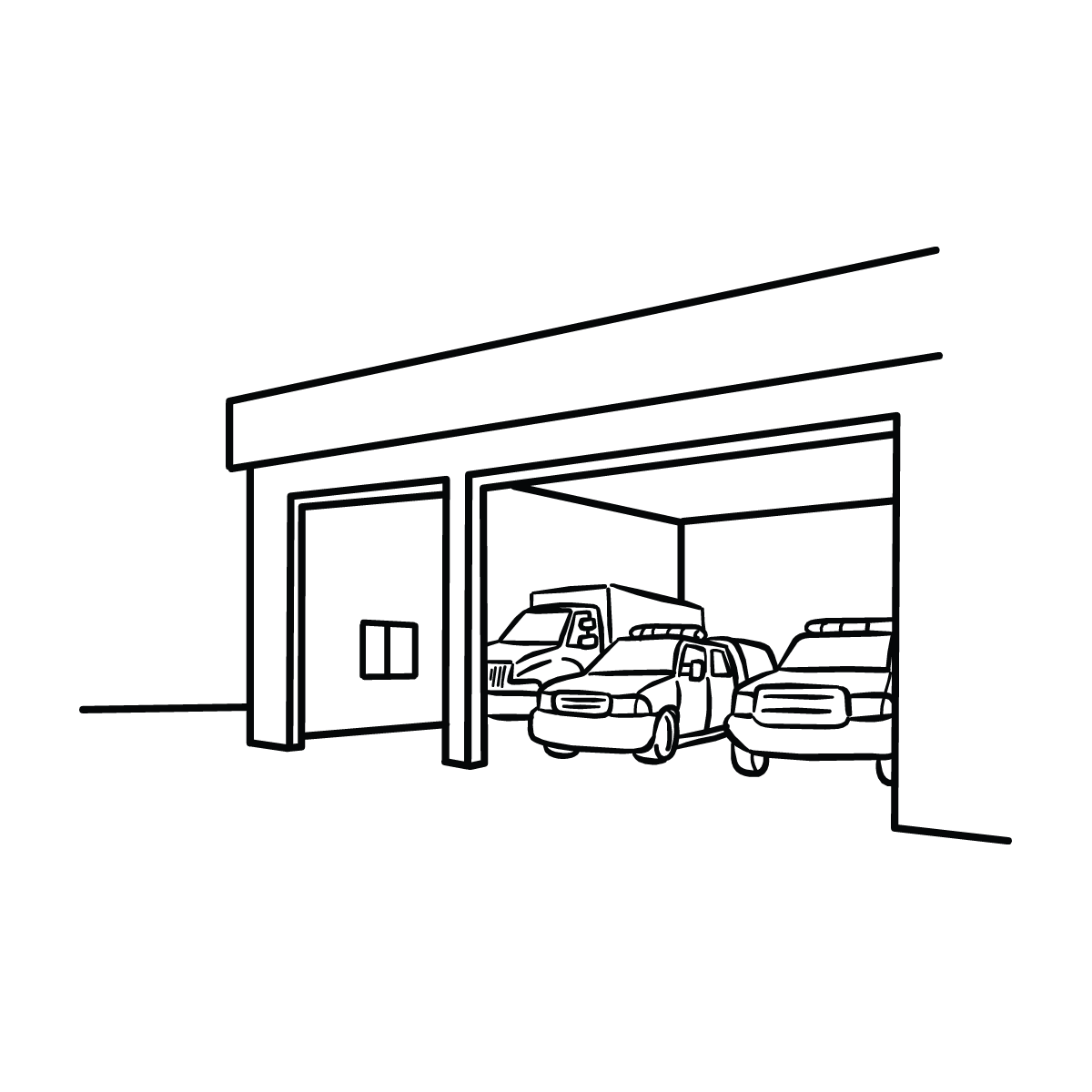 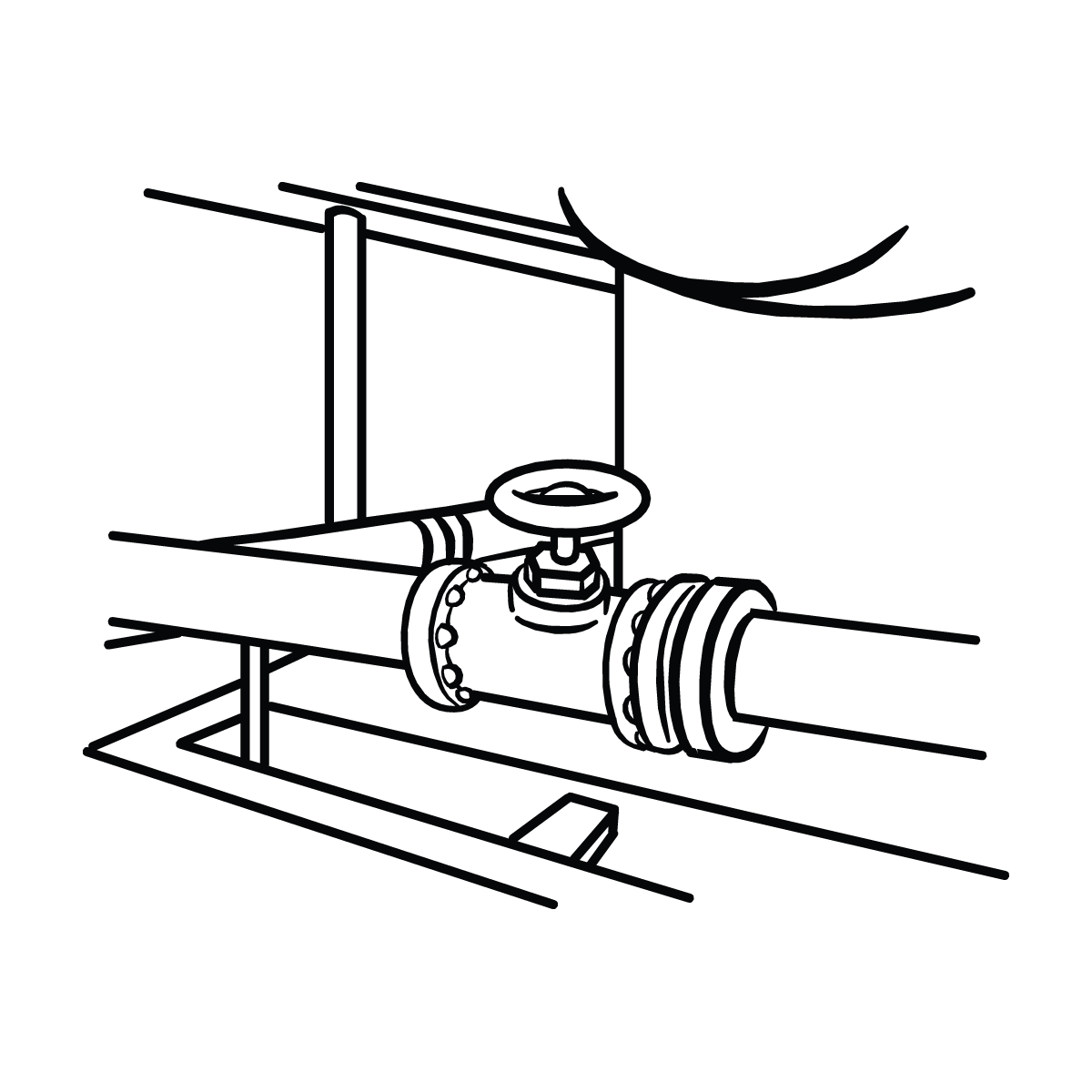 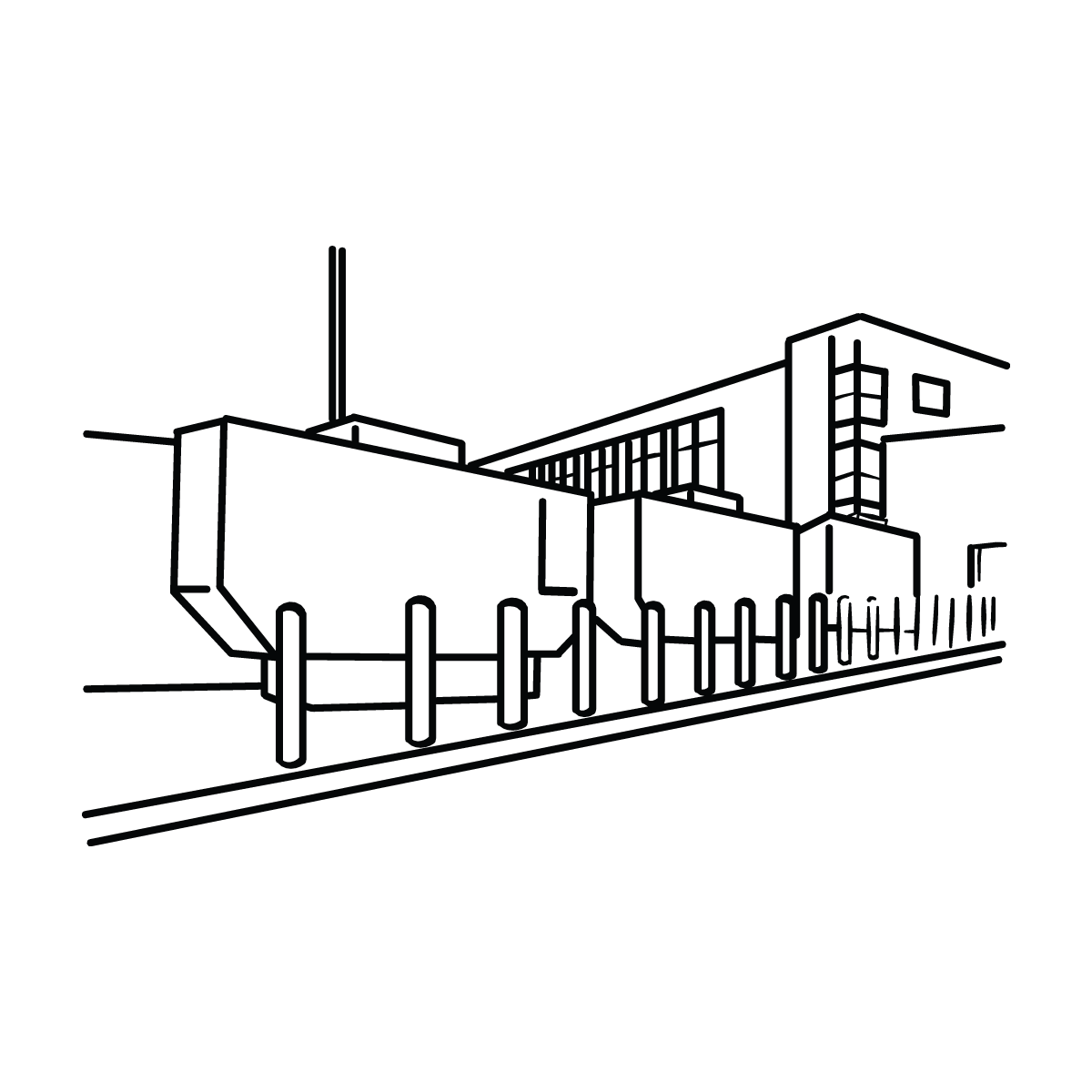 Because ShakeAlert Messages can be distributed by several providers and serve a wide range of functions, you may receive alerts from various sources.

How can ShakeAlert detect an earthquake before you feel shaking?

ShakeAlert does not predict earthquakes before they happen; instead, ShakeAlert detects earthquake shaking after it begins and tries to notify people as soon as possible. A network of hundreds of ground motion sensors deployed across the West Coast constantly measures ground motion and sends data to centralized processing centers (including one in Seattle, WA). As more and more sensors feel shaking, fast algorithms at the data processing centers learn that an earthquake is occurring. As the algorithms continue to receive information, they make increasingly precise estimates about the size of the earthquake, its location, and the areas that may experience shaking.

Earthquakes don’t occur instantaneously; instead, underground faults rupture like a zipper, tearing for seconds or tens of seconds. As a fault ruptures, it produces seismic waves that travel through the Earth’s crust and shake the surface. Meanwhile, shaking recorded by seismometers is sent to processing centers at virtually the speed of light, about 100,000 times faster than seismic waves. It takes just a few seconds for algorithms to calculate the intensity and area of shaking, and just a few more seconds to send out a ShakeAlert Message. So during an earthquake, many people can get a warning about earthquake shaking before it arrives. 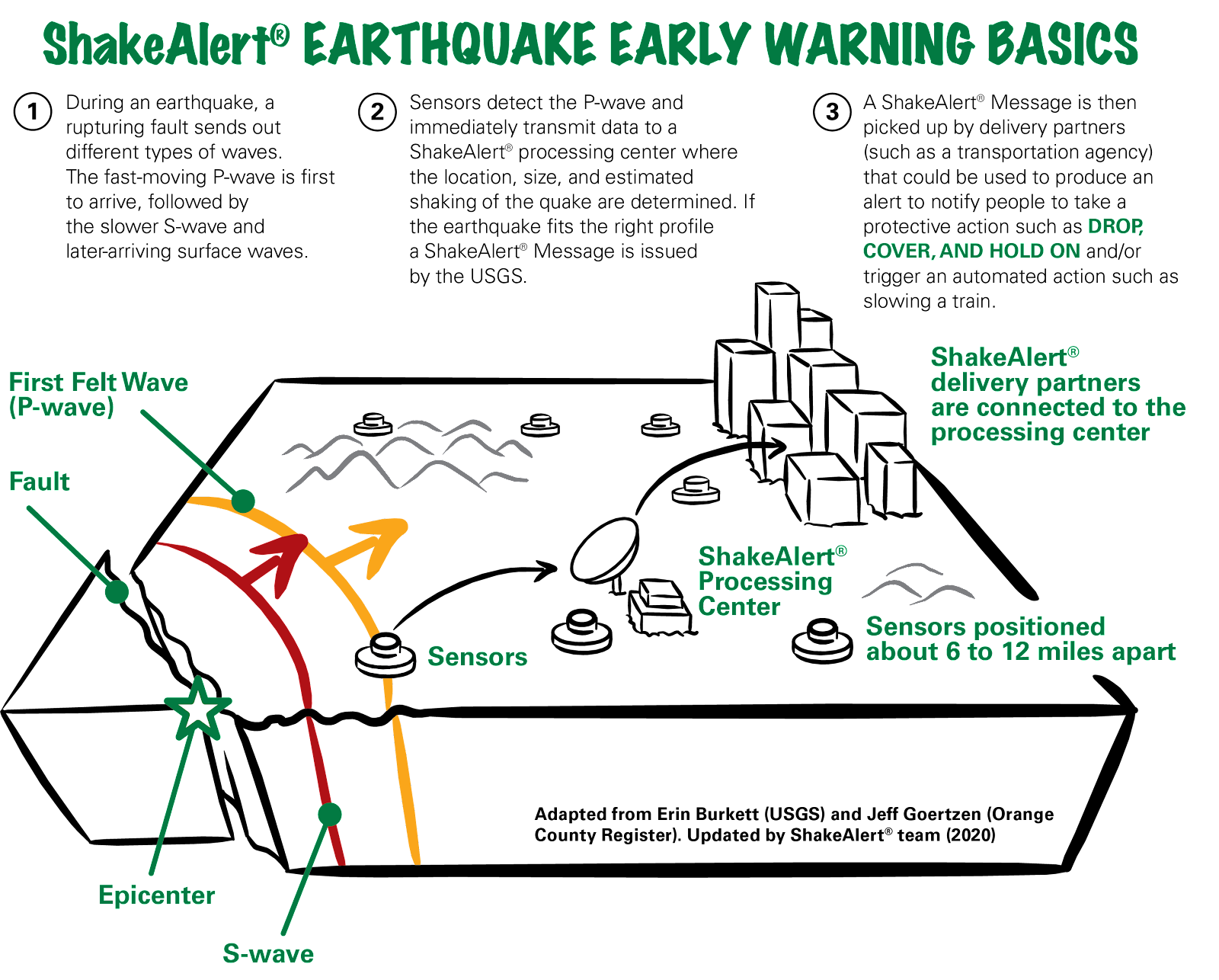 How early is early? Why might I not get an alert?

Depending on a number of factors, an alert may reach you up to tens of seconds before you feel shaking, or it may reach you during or after you feel shaking. If the earthquake occurs directly below you, the first seismic instruments will feel shaking at the same time you feel it. In other words, there is not enough time to measure and process a warning before shaking arrives at your location. In general, there is a shadow zone where if you’re too close to the source, it is not possible to receive a warning. Since high magnitude earthquakes reach a larger area, you’re more likely to get an alert if the earthquake is large.

Finally, it’s important to remember that ShakeAlert algorithms and data transfers between seismometers and data centers take time to process. This adds delay time to the warning, which in some cases could result in late alerts. Additional delays can occur as technical partners process the ShakeAlert Messages and distribute them to end users, though ShakeAlert Technical Partners are required to relay alerts to their customers in 5 seconds or less. 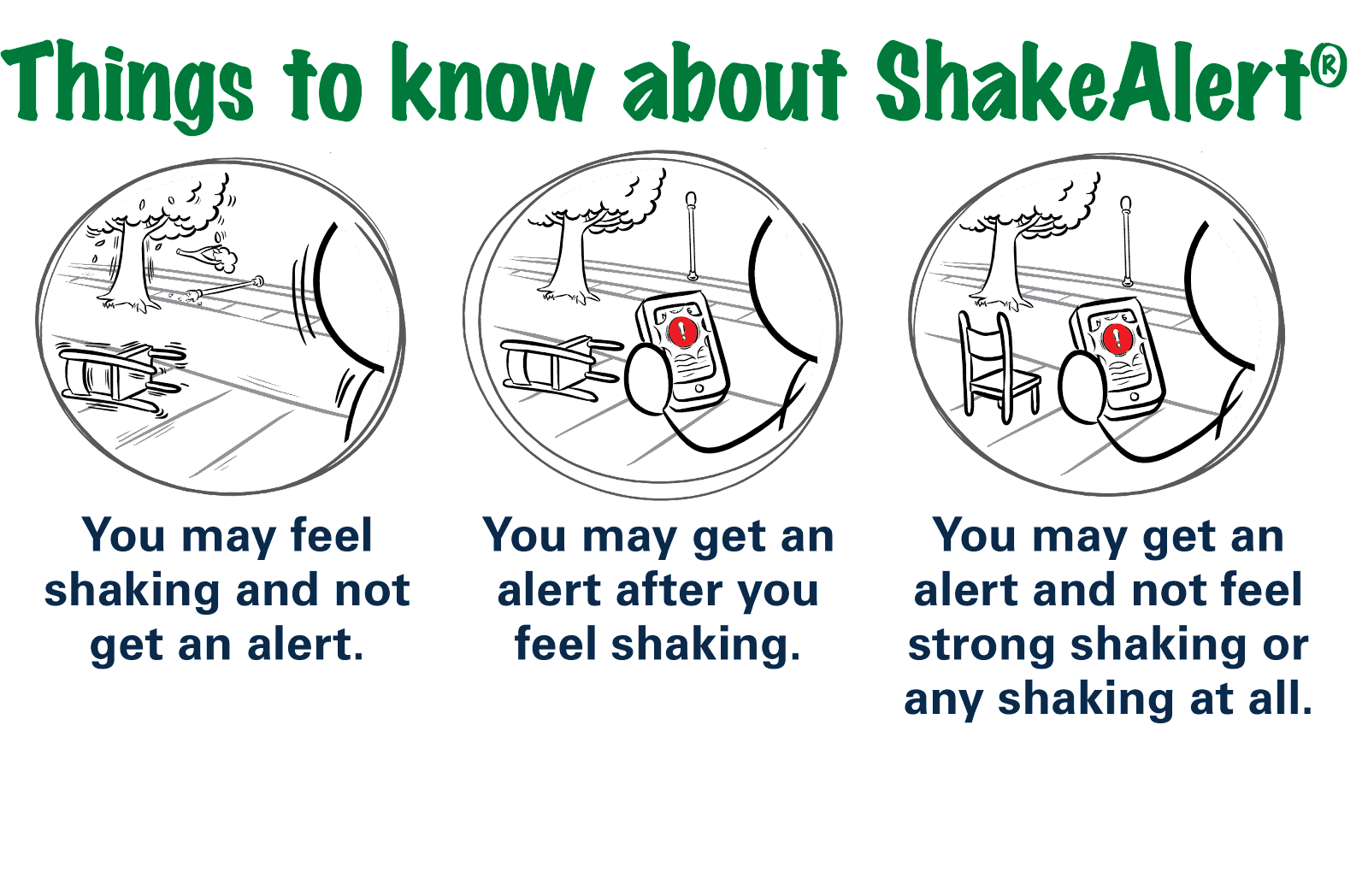 Is ShakeAlert specific to my location? How accurate is it?

Alerts will be specific to your location, or your last known location. For the sake of speed, the ShakeAlert algorithm must make a quick estimate of shaking intensity over a large area. But the Earth’s surface is complicated. If you’re sitting on bedrock, you will experience shaking differently than someone else sitting in a sediment-filled valley. So you can expect to receive ShakeAlert Messages specific to your location but without exact knowledge of conditions on the ground.

The actual shaking you experience may be more or less intense than predicted, or it may begin several seconds before or after it is expected to. On rare occasions, you may experience a false alert or a missed alert.

If an earthquake is especially small, you may feel shaking without any notification from ShakeAlert. Alerts must meet certain minimum thresholds before they are sent out to the public. Those thresholds are defined by the earthquake's magnitude and the shaking intensity specifically at your location. If an earthquake is small enough (below certain magnitude thresholds), only a few people will feel it and it won’t cause any damage, so a ShakeAlert Message will not be sent out.

What should I do if I receive a ShakeAlert Message?

If you feel an earthquake or get a ShakeAlert Message, immediately “Drop, Cover, and Hold On.” Get low to the ground, cover your head and neck, and hold onto a sturdy table leg if possible. 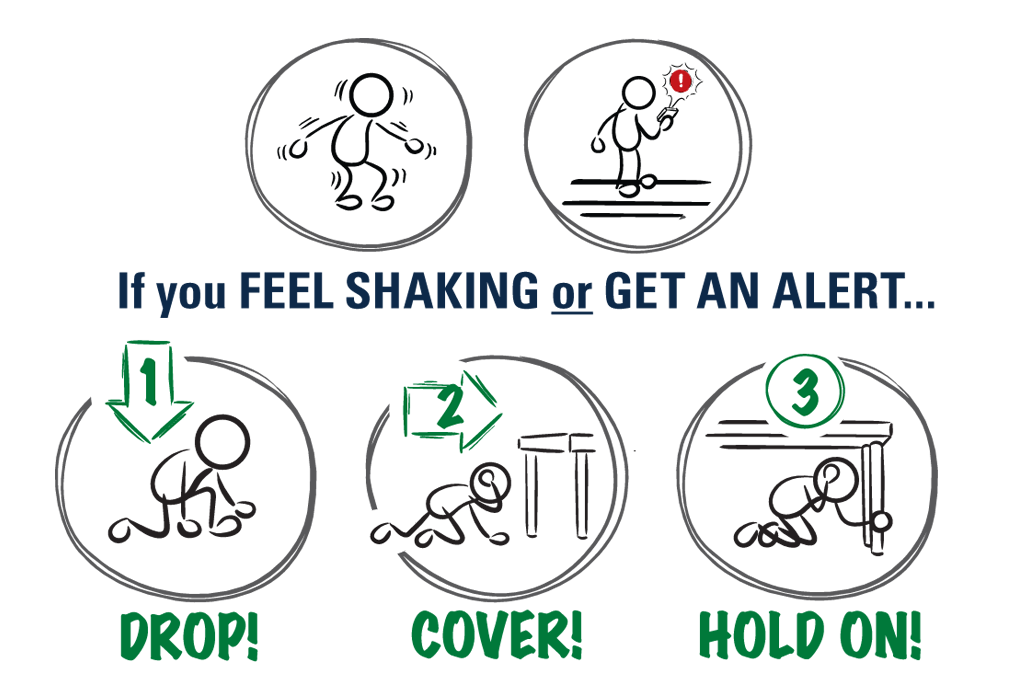 Depending on who delivers it, the alert you receive may or may not provide additional instructions. Either way, the best course of action is to Drop, Cover, and Hold On. Do not attempt to evacuate the building you’re in while the earth is shaking. After shaking stops, remove yourself from hazardous situations if possible. For more information on what to do if you feel shaking, see this page.