Continuing the Mount Rainier icequake theme of the last two blog entries, here are the last 24 hours from a seismometer on Mount Rainier, with 30 minutes per line. 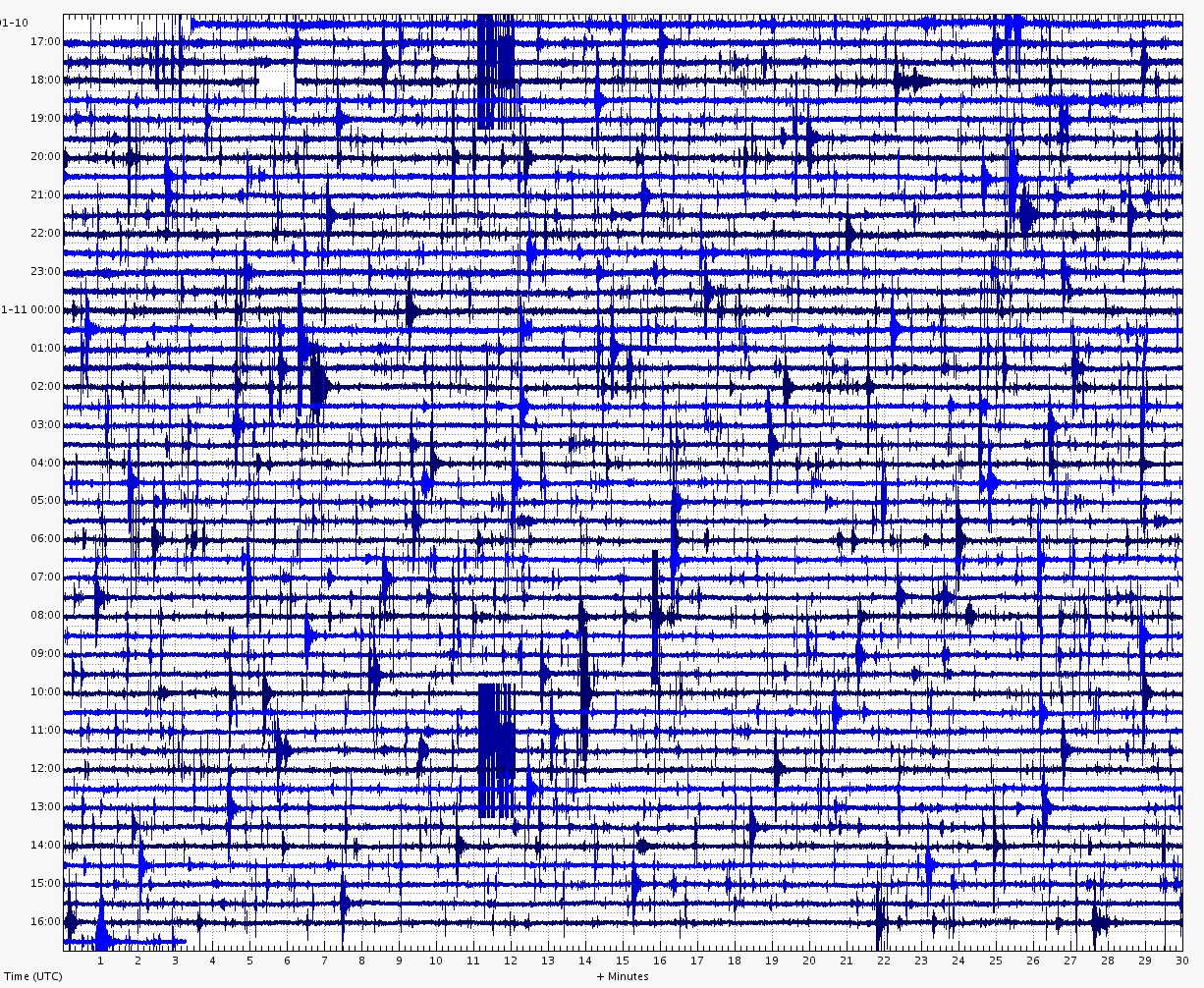 Lots of pops, for sure, but the pattern is not clear.  However, when I plot 22 minutes per line for the same day, 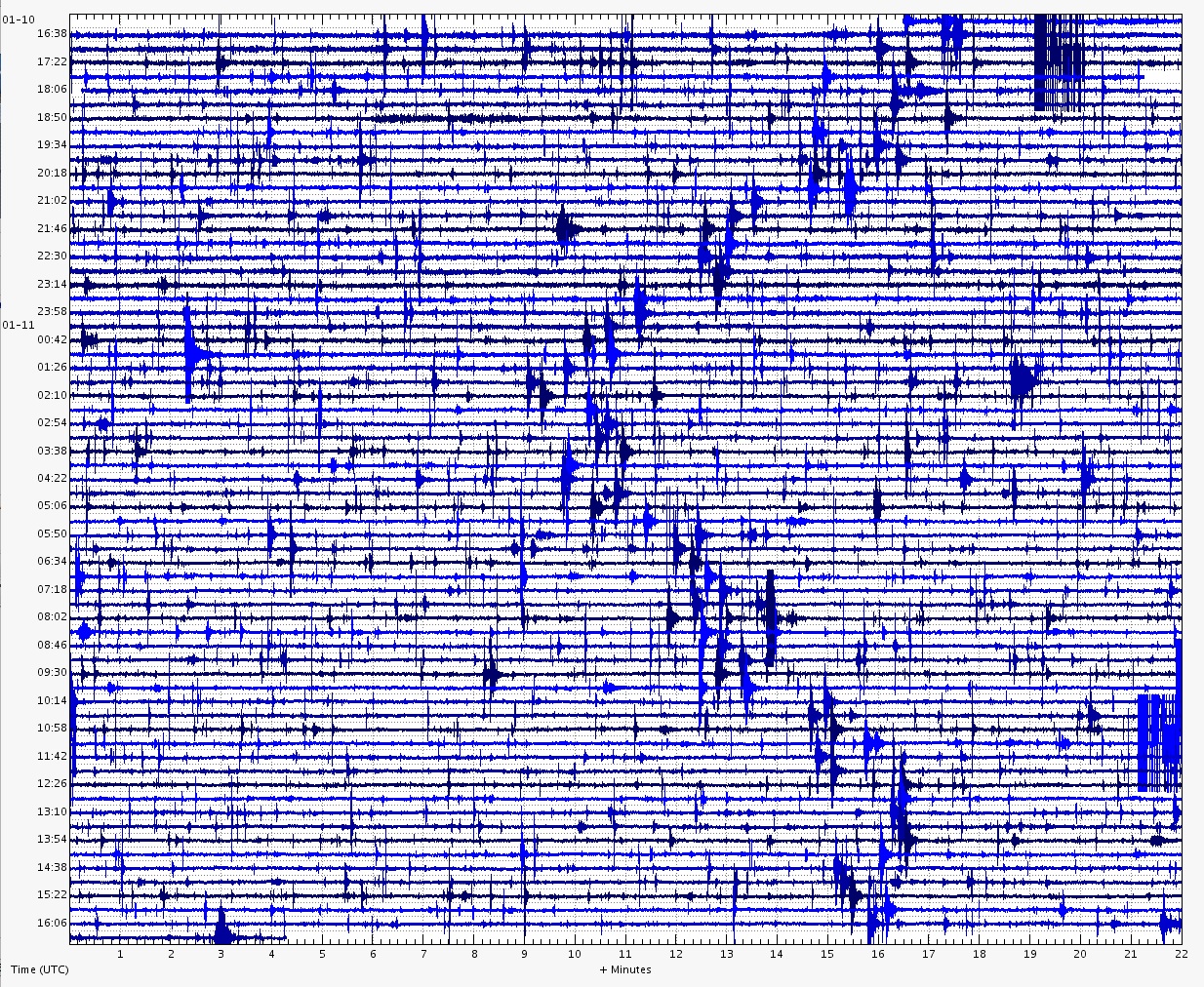 Rather remarkable, about 70 small quakes in a row with great regularity. When we look more quantitatively at the recurrence interval of this particular repeating earthquake over time, (see plot below), we see that the recurrence interval was initially irregular. Then from January 4th to 5th there are no detections because the seismic signals were polluted with noise from the high winds of a passing storm. After the storm passes, the multiplet seems to have found its rhythm and it remains relatively stable, repeating between every 1000 to 1500 seconds.

Our primary hypothesis is that these are generated as a glacier is creeping downhill at a steady velocity, hanging up on a rock underneath until enough stress builds up to break past the sticky point, generating a tiny quake as it does.  In the second case mentioned above, the glacier would be slowing down, while in the first case it is maintaining a steady velocity. An activity with no threat to people.  But that is not the only possibility. It could be related to episodic releases of gas from hydrothermal vents, since there are active hydrothermal areas on the mountain. Another explanation for drumbeat earthquakes on volcanoes is that they are due to moving plugs of magma, escape of volcanic gasses through cracks, or magma flow through a constriction. This probably isn't the case here, so don't get too worried. Volcanoes almost always make a lot of noise before they are going to erupt, usually in the form of swarms of deeper "volcano-tectonic" earthquakes and tremor; none of this is occurring but we are keeping a close eye on things.