The Last Cascadia Great Earthquake and Tsunami; 313 Years and Ticking

The Last Cascadia Great Earthquake and Tsunami; 313 Years and Ticking

The Last Cascadia Great Earthquake and Tsunami;
313 Years and Ticking

Thousands of coastal residents settled in for the night on January 26th 1700 when the ground began to shake. For most, the first signs were subtle, dogs barked nervously as the primary or “P” wave vibrations passed by. The earthquake became unmistakable when the “S” (secondary or shear) waves arrived at village after village traveling at about 6 kilometers a second as the entire Cascadia Subduction Zone ruptured. The 1000 km long fault rupture propagated from its origin at about 3 km a second, generating fresh seismic waves as the fault continued to unzip and slip. Assuming the rupture began in Northern California, it likely took over 5 minutes break the entire fault to northern Vancouver Island.

The earthquake that released about 1500 times the seismic energy than the 2001 M 6.8 Nisqually Earthquake, and can be seen as a connected series of large earthquakes at least one of which produced very low frequency waves with 10s of meters of displacement, and a dramatic popping up of the sea floor that lifted a great column of water. 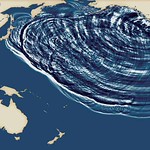 That uplifted column of water then collapsed producing a series of tsunami waves that would batter the coastline through the night and cross the pacific basin. Though all people west of the Cascades were disrupted by the shaking and some injured by falling logs and possessions, it was the water that likely claimed the hundreds of lives lost that night when villages were overtopped by tsunami generated floods.

The 1980s was a decade of discovery of evidence for great earthquakes in the Cascadia Region. Tom Heaton and Hiroo Kanamori published a paper asserting the Cascadia Subduction Zone was indeed actively deforming and is likely to produce great earthquakes. Brian Atwater’s 1987 paper in Science provided the necessary “ground truthing” of these theories describing repeated abrupt co-seismic land level changes along our coast and evidence of tsunami inundation following periodic great earthquakes. Atwater with many scientific colleagues continued to work over decades to tease out the details of magnitude, shaking levels, tsunami hazards, and reoccurrence rate of great Cascadia earthquakes. This work also involved the study of earthquakes in other subduction zones around the world and provided the precise date and even the hour of the 1700 earthquake derived from the arrival time of the Cascadia Tsunami in Japan. We now know a ~magnitude 9 earthquake struck our region on January 26, 1700 at ~9:00 PM. We also know the fault is reloaded with strain and capable of producing another great earthquake today though it is probable that we have many decades with which to prepare for this inevitable earthquake.

Scientists have had many examples of these subduction zone earthquakes to study over the past 10 years as hundreds of thousands of people have died in great earthquakes and the tsunami waves they produced. The largest of these, the Mw 9.1 2004 Sumatra-Andaman Earthquake and Indian Ocean Tsunami killed between 230 and 300 thousand people in Indonesia and at least 15 other nations. A dozen other great earthquakes occurred over the past 10 years including the 2010 M 8.8 Maule, Chile Earthquake and the Great East Japan Earthquake of March 11, 2011 in which over 15,000 Japanese died, over 92% from drowning during the tsunami flooding.

The Cascadia Subduction Zone has remained locked, loaded, and quiet through all this tumult. It does not even produce the small earthquakes so prevalent in other subduction zones around the world. The Cascadia Subduction Zone behaves differently than all other subduction zones on the planet. Scientists also see significant variation in behavior from one subduction zone to the next so it is hard to know what lessons should we learn from these earthquakes to lower our losses when our fault breaks loose again. Despite the natural variations between faults and earthquake effects, some clear conclusions can be made.

Emergency response will be slow and households, particularly in rural and coastal areas, need to be self sufficient for food, water, and medicine for weeks, not just days. It is not realistic to think that the millions of people impacted by this regional event will receive assistance within 72 hours of the earthquake. Unfortunately, only a minority of households have the old 3 day minimum of disaster supplies on hand. We must set aside more. 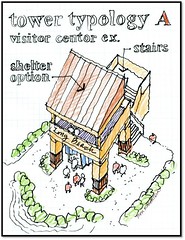 Without power and fuel communities can not begin to recover and even critical services such as police, fire, and hospitals are degraded when adequate fuel is not available.
Energy companies and agencies in the Cascadia region should make investments necessary to develop a resilient energy infrastructure through strengthening the transmission networks for electricity, liquid fuels, and natural gas to prevent catastrophic damage in a future Cascadia earthquake. Moderate investments in these critical systems can produce enormous future savings and a platform from which to drive recovery. This is a National economic issue and should be treated as such in the Federal and State policy arenas to help make these investments possible.

Earthquake modeling has shown that sedimentary basins under the urban areas of the Puget Sound Region will amplify and trap surface waves, increasing the strength and duration of shaking in these high-risk areas. Hundreds of very dangerous unreinforced masonry buildings in these cities are likely to fail during the next Cascadia earthquake killing residents and blocking roadways. There is also no longer any excuse for putting our children in to collapse prone buildings. All schools in the region should meet minimum life saftey levels but there are still hundreds that do not. The PNSN supports initiatives in the region to strengthen these buildings with retrofits or remove them to make way for other development before an earthquake takes them down.

These are a few projects that could be well underway before the end of the decade and would have a big impact on our resilience and ability to recover from our next great earthquake there could be many more. The important task is to keep moving forward and invest in the future to provide our lineage with the tools and the culture to thrive in the Pacific Northwest.

Additional Resources:
Learn more about Cascadia Subduction Zone earthquakes and tsunamis on this web site.
CREW, the Cascadia Region Earthquake Workgroup was organized in 1993 of business leaders, scientists and public sector agencies wanting to work together to reduce our exposure to losses from the next great Cascadia Earthquake. CREW believes that mitigation and other risk reduction measures can be cost effective methods of reducing losses of life and property and greatly speed economic recovery. Over the last twenty years CREW has organized conferences, workshops, forums and numerous projects in partnership with FEMA, State and Provincial Government and businesses and non- profit organizations throughout the region. These activities have increased awareness of the hazards and reduced risk of losses but much more needs to be done before our Cascadia Subduction Zone breaks free again. A Cascadia Earthquake Scenario is available on the CREW web site.