While not recognized at the time the seismic waveforms at PNSN stations, MBW, SHUK and RPW and Canadian station VDB  confirm the date and time of a debris avalanche off Sherman Peak at Mount Baker reported by John Scurlock, a well known mountain areal photographer, based on his flight of June 8, 2016.  John sent out e-mail with the following comments: The upper east face of Sherman Peak slid again this year, as reported to us several days ago by Corey Vannoy, a climber on the Boulder Glacier route on Mount Baker.  The date of the slide is unknown but looks to have been within the last couple of weeks.

Based on what appears to be a light dusting of snow on close ups of the debris surface stretching down the Boulder Glacier I searched back through PNSN seismograms for evidence of shaking that would be consistent with this avalanche and found the following records.  Shown here are seismgrams from the four stations showing the waveforms best followed by a clip of the spectrograms from the standard PNSN spectrogram pages. 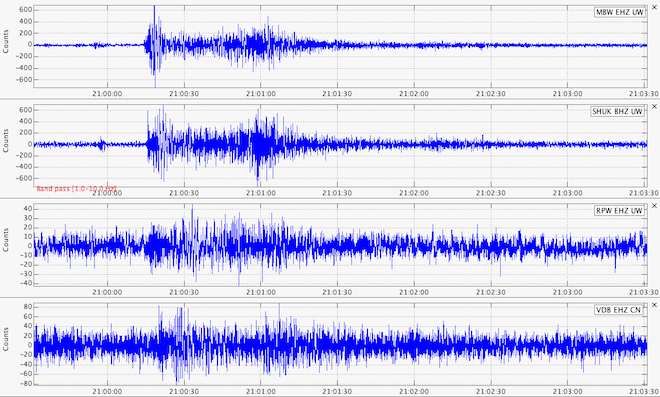 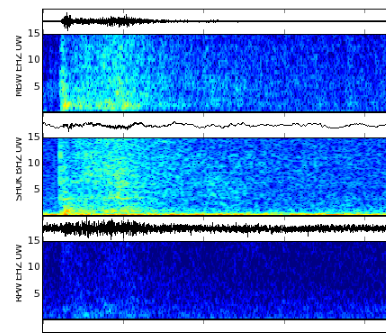 Thus the avalanche started at about 21:00:30 Z (just after 2:00 pm PDT) and the strong shaking lasted a little over 2 minutes.  This is similar to but maybe a bit larger or at least longer lasting that similar slides in 2013 and 2006.  These Sherman Peak avalanches take place every few years and can represent a considerable hazard for climbers on the Boulder Glacier.  More details on this avalanche and others can be found at the Mount Baker Volcano Research Center web site.

Also, of some interest is a note from Jackie Caplan-Auerbach from Western Washington University who reports:  Of potential interest is that there are a handful of tiny seismic signals right before the slide (see attached figure).  We've seen these precursory signals prior to other slides (largely at Iliamna volcano in Alaska), and they were observed by Steve and others in a Sherman Crater avalanche in 1977.  But I've never seen them in association with these ones on Sherman Peak.  Here is a longer duration seismogram from station SHUK illustrating these possible "pre-events".

Again John Scurlock has kindly provided some excelent photos to document this event (All copyrighted by him). 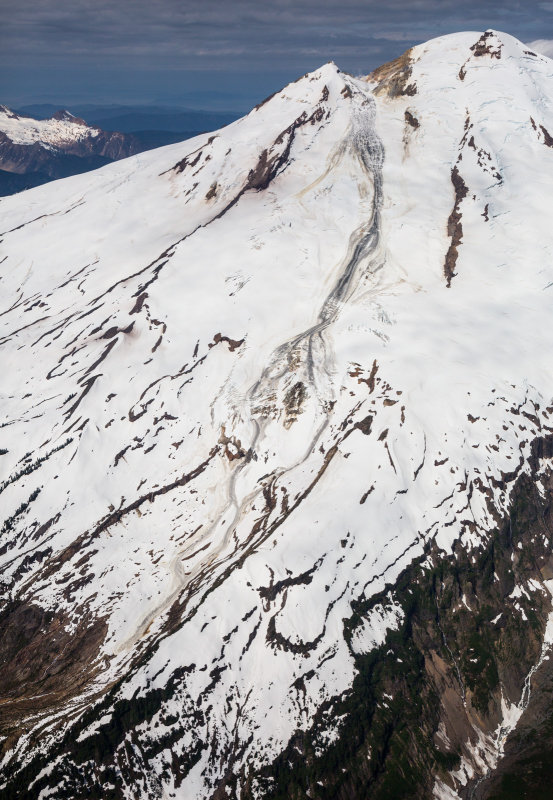 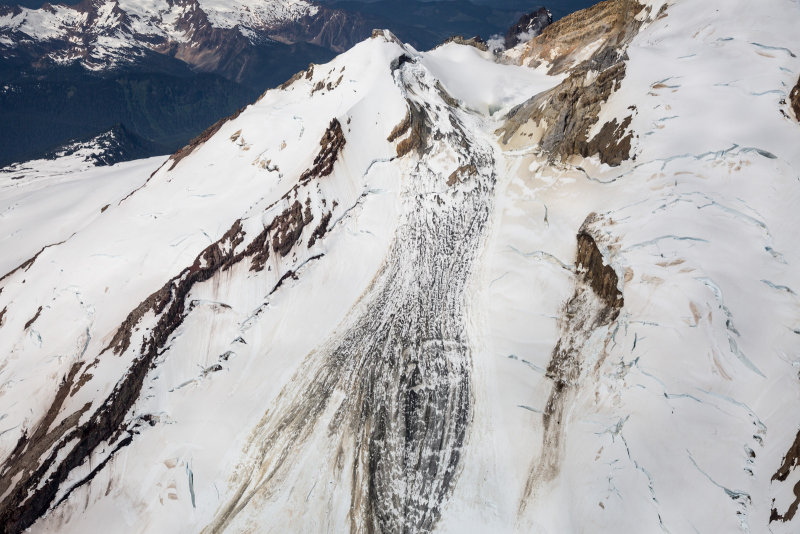 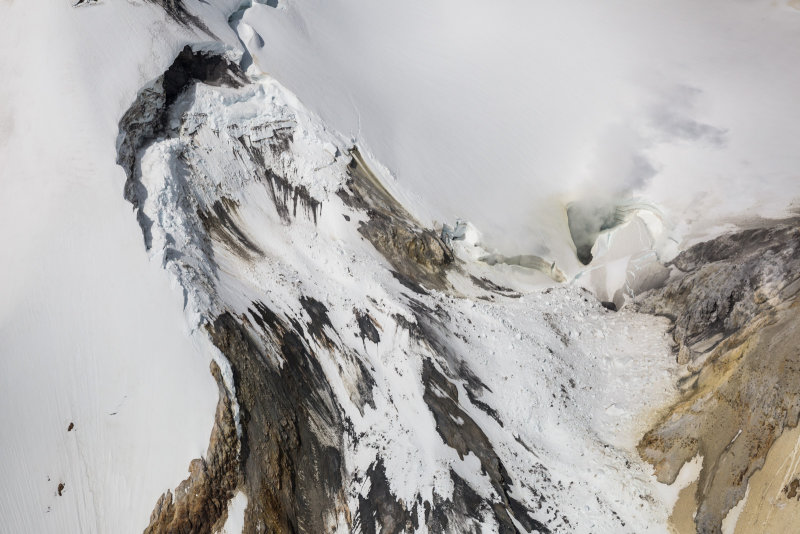