Seismic recordings of a gas explosion in North Bend, WA

Seismic recordings of a gas explosion in North Bend, WA

Seismic recordings on several seismographs near North Bend, WA are consistent with a large explosion somewhere within the city limits.  The time of this explosion was at 3:39:40 PDT plus or minus a few seconds (10:39:40Z).  The figure here show the three component seismograms for the nearest instruments to North Bend.  Both the seismic (vibrations through the earth) and the air-wave arrivals (what one might hear) are labeled.  Normally, seismographs are not particularly sensitive to sounds in the air but the strong air blast from an explosion can shake the ground at a seismic station to cause an obvious signal.  They arrive much later than the seismic waves since the speed of sound in the air is much slower than the speed of seismic waves in the earth.  A very crude estimate of the equivalent magnitude of this event is 0.5; however the energy released is likely much higher since much of the blast energy would not couple directly into the ground. 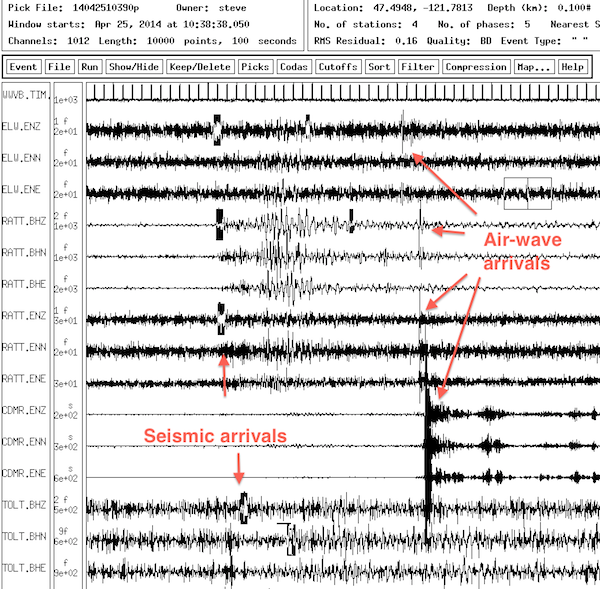