Glacier outburst flood on Mount Baker recorded by the PNSN

Glacier outburst flood on Mount Baker recorded by the PNSN

This jokulhlaup was not detected until several days after it occurred.  There is a very complete description of this event and investigations into the deposits and source at the Mount Baker Volcano Research Center web site.  Here we describe the seismic data for this event which, unfortunately is somewhat limited because there are few seismic stations in the area.

Seth Moran of the Cascade Volcano Observatory called our attention to this interesting seismic record after hearing of a turbidity spike in a stream monitor on the Nooksack River. The classic signature of a lahar can be seen on the attached seismogram and spectrum.  In this case there is a relatively sharp and larger start to the signal, probably due to a sudden fall of ice or break off of a large ice block. Note that on the spectrogram the signal is fairly broadband with fairly strong content from less than 1 Hz to over 15 Hz.  It lasts at a pretty constant level for over 6 minutes and then gradually declines over the next 10 to 15 minutes.  Signals very similar to this have been seen on Mount Rainier seismic stations several times in the past 25 years.  The attached map illustrates the relative locations of the probable source area on the lower Deming Glacier and the MBW seismic station. 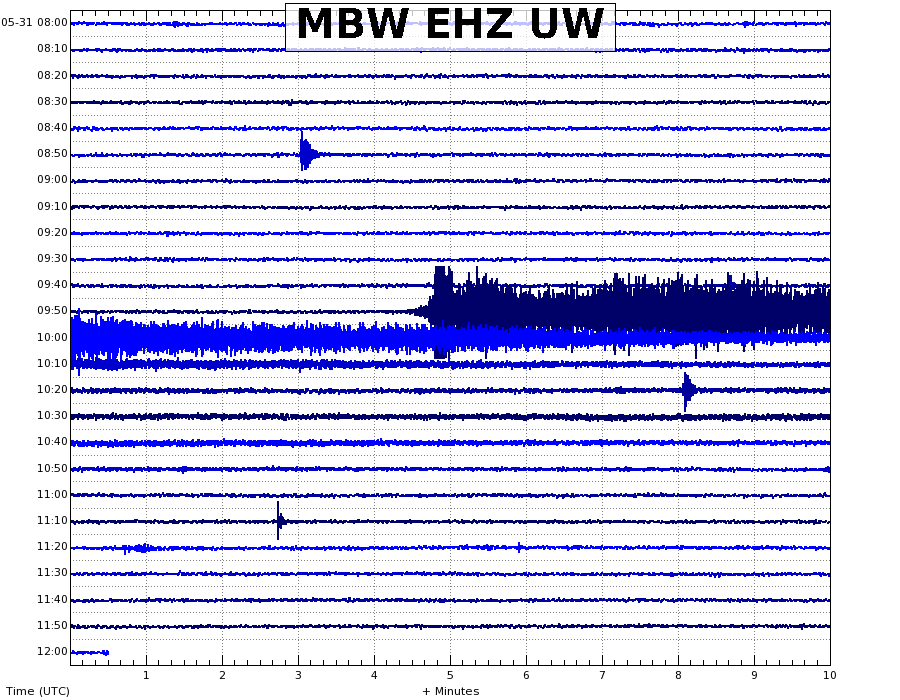 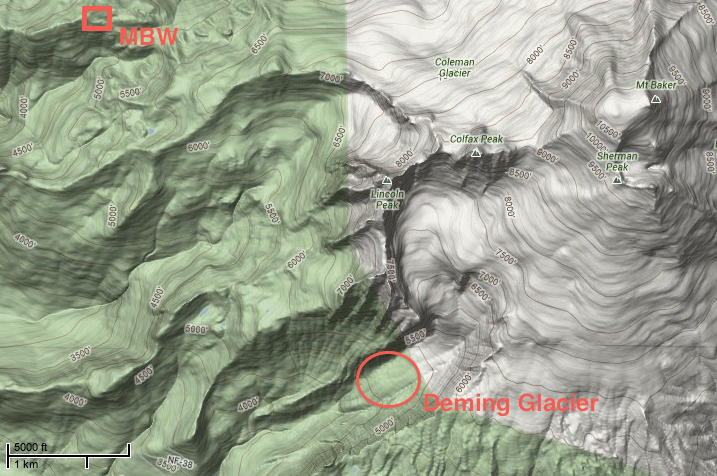