What is the Cascadia Subduction Zone, and when is the next "big one" going to hit?

What is the Cascadia Subduction Zone, and when is the next "big one" going to hit?

All the mountains, oceans, and islands on Earth exist because of plate tectonics. Different plate boundaries produce different geologic features: divergent boundaries spread apart to form mid-ocean ridges and rift valleys, transform boundaries slide past one another to form strike-slip faults like the San Andreas, and convergent boundaries collide to form tall mountains, deep trenches, and volcanoes. This type of plate boundary is responsible for the numerous volcanic arcs around the Pacific Rim (often called the “Ring of Fire”), and formed our iconic Cascade Volcanoes. Here in the Pacific Northwest, the Juan de Fuca plate is subducting beneath the North American plate along a convergent plate boundary called the Cascadia Subduction Zone (CSZ). Subduction zones like this are the only fault systems capable of producing very large megathrust earthquakes, but they only do so occasionally - over the last 100 years, there have been 84 earthquakes of magnitude 8.0 or greater worldwide, and only 4 of them were greater than an M9. 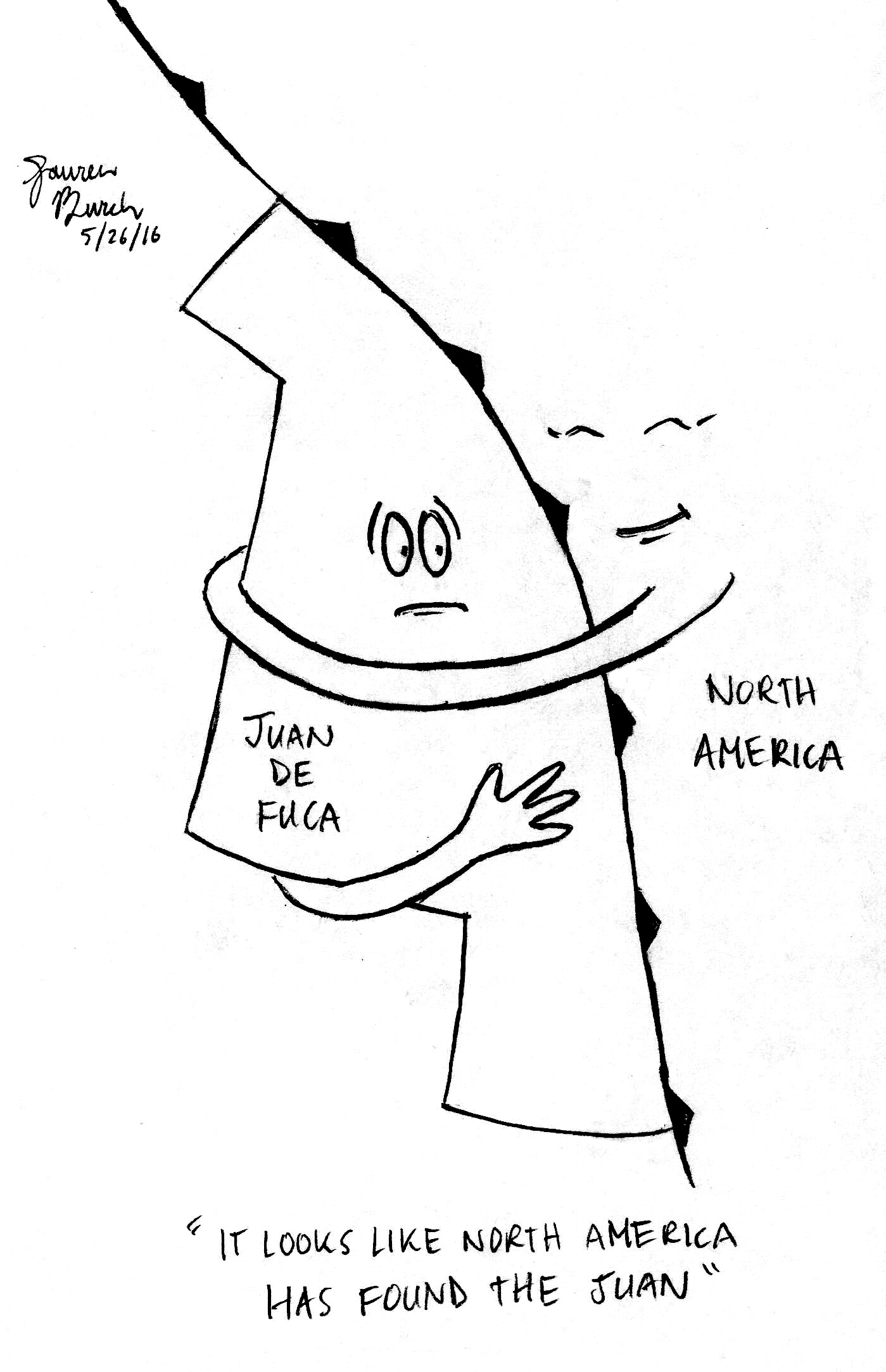 The simplest answer to the question “Will there be another large earthquake on the CSZ?” is yes. However, the question of “when” is much more difficult to answer. Seismologists don’t know exactly when the next large earthquake will occur on the CSZ, but we do have a good picture of when they have happened over the past 10,000 years. If we divide 10,000 years by the number of ~M9 earthquakes found in that time period, the average recurrence rate for M9 earthquakes along the CSZ is roughly 550 years. We are 316 years past the last great CSZ earthquake in 1700, and we estimate that there is about a 15 % chance that an M9 will occur on this fault within the next 50 years. However, research on submarine landslide deposits shaken loose by big earthquakes indicate that M8+ earthquakes occasionally strike off the coast of Oregon in between “full rip” M9 events. This research suggests that there is a greater probability of reoccurence of a great earthquake in Southern Oregon than off the Washington coast, but there is not a consensus within the geophysical community as to specifically how much greater the hazard is.