We continue to monitor the repeating earthquakes and to improve our methods for characterizing them. Noise due to high winds at a few stations, primarily RCM and STAR, was resulting in poor multiplet detection for a few periods. To get around this problem, we redid all calculations using just the Camp Schurman station (RCS). RCS is more sheltered from the wind and is also closest to many of the multiplet sets, we were able to detect a few hundred more multiplets and to fill in some of the gaps in detection. These results are plotted below. The first plot is the timeline of repeating events, each circle represents one earthquake. Earthquakes on the same line are in the same set of repeaters, each having nearly identical waveforms to the next, the total number in each set is listed at the end of the line. 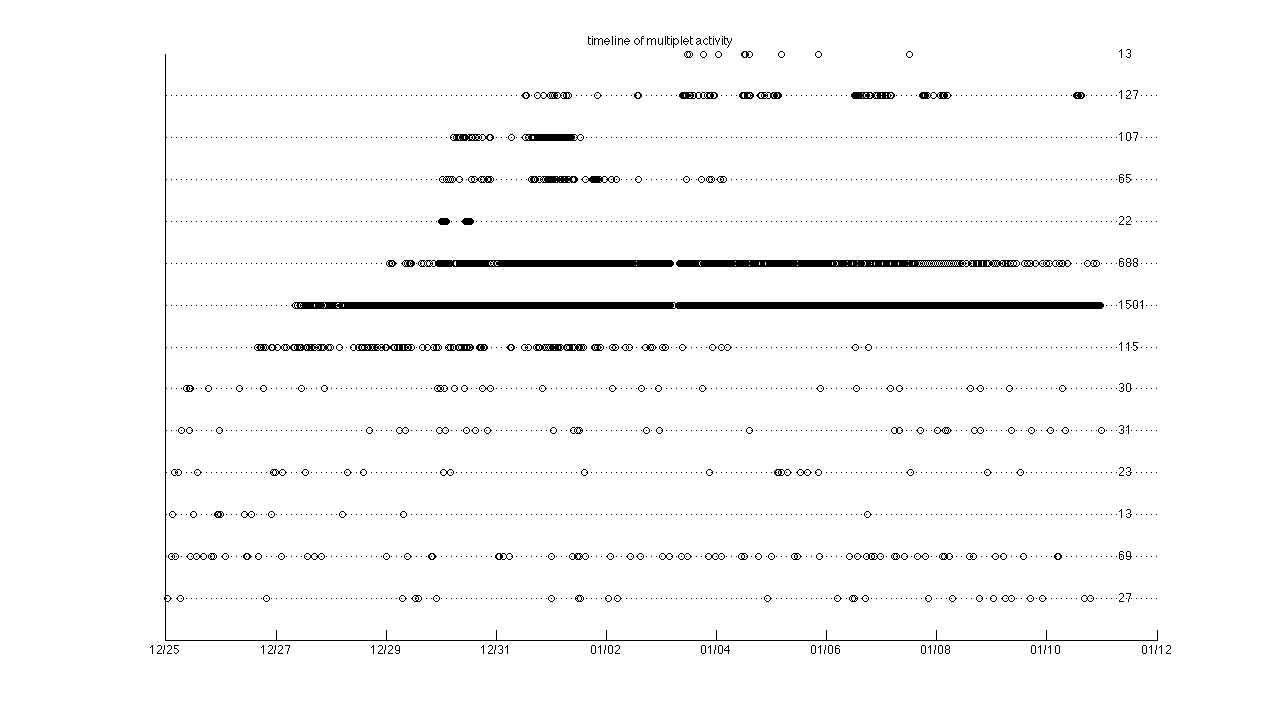 There are two sets with over 500 events each and two more with over 100. There also are several smaller sets, some starting prior to the start of the main sequence. If we compare the recurrence intervals of the four biggest sets (see figure below), we see that the two largest sets started out occurring more frequently, then slowed down and became more regular. Around January 5th the second largest set (red) started gradually slowing down and petering out while the largest set is still chugging along at a steady ~20 minute recurrence interval. 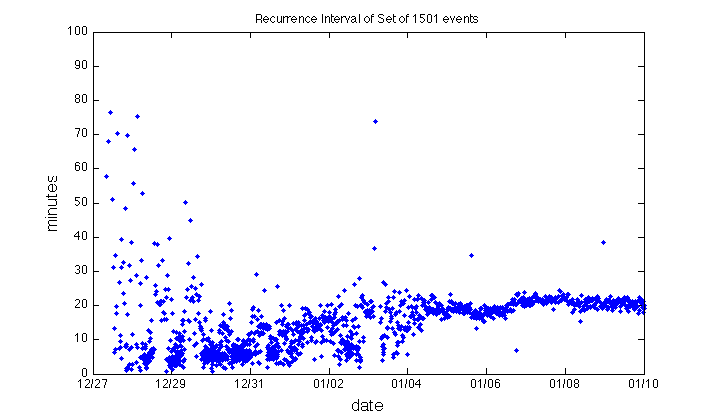 The second on starts out a few days later with frequent pops, settles on 20-minute intervals for a few days (while the first sequence is losing its periodicity) then strikes more and more infrequently, with events more than an hour apart now. 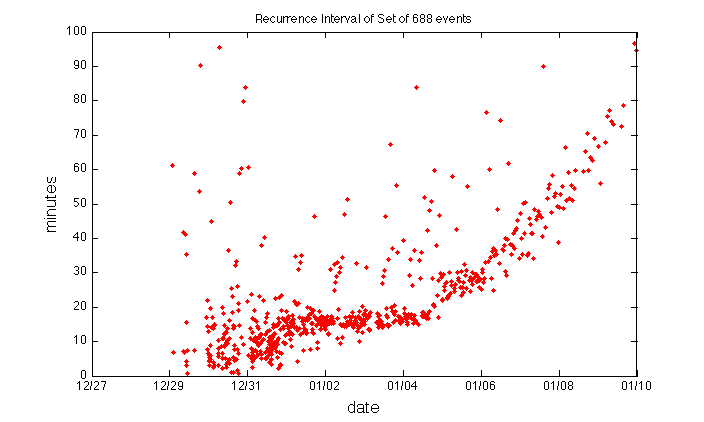 This correlation could of course be a coincidence, but assuming it is not, it supports a glacial or other non-volcanic source. Glaciers are controlled by climate and respond to weather forcing while a volcano preparing to erupt couldn't care less about the weather. However, glaciers are usually slow to respond to changes and the appearance of these repeating earthquakes is nearly instantaneous (in glacier-time) with the dumping of snow from the passing storm. A glaciologist colleague upstairs did some back of the envelope calculations and found that  the amount of snow that fell in this storm would only increase the driving stress pushing the Rainier glaciers downhill by 0.5%, a practically negligible amount. But these are no ordinary alpine glaciers, these are glaciers riding on a bed of crumbly volcanic rocks and heated from below, the typical rules may not apply.