Another hum around Mount St. Helens

Another hum around Mount St. Helens

Sometimes I wonder how we can spot volcano rumblings, given the variety of noises that come from our cities and mountains.  We've written about several on this blog - grinding glaciers, sonic booms from fighter planes, roaring football crowds, tunneling machines, and helicopters, as well as earthquakes and tremor.

At 20 minutes past midnight last night, this signal appeared:  a humming at 6 Hz, which dropped in a few seconds to 4Hz, then rose again as it disappeared, shown here to be coincident on five stations.  It appeared on many stations - it is loud.  It was also there for a few minutes at 10:03pm, 11:06pm, and 12:06am. 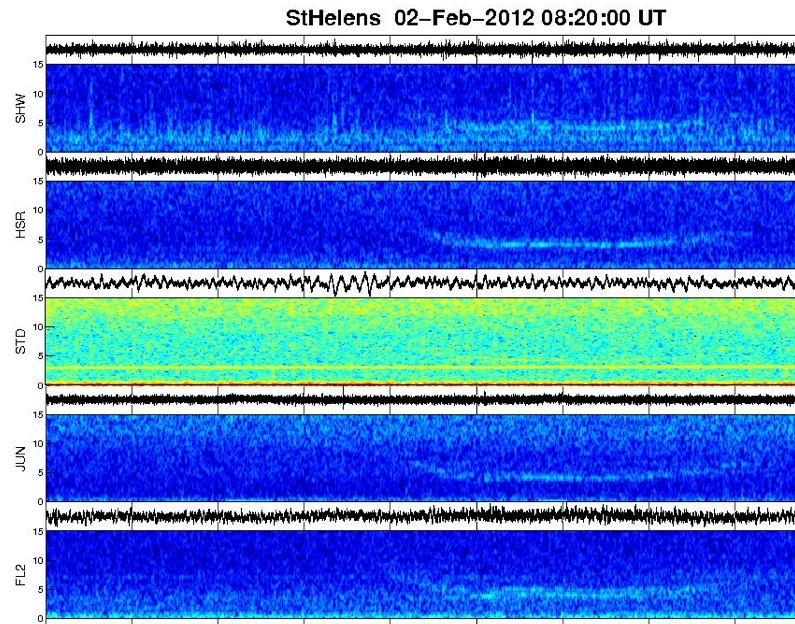 I was thinking it might be a tremendously loud helicopter, but Seth Moran of CVO (the Cascade Volcano Observatory) reminded me that we had seen similar and even more striking signals a few years back, and likely figured it out.

This spectrogram for the two stations B204 and B203 from February 2009 is quite different - the frequency band runs from 5 Hz at the bottom to 2 Hz at the top, so the signal starts lower period, rises in frequency for a half hour, then sinks back before fading.  Much more detail is revealed because these are very quiet borehole stations, and I custom tailored the spectrogram to bring out the signal, unlike the plot from today, which from our routine monitoring.  The time scale is counting 10^^5, or one hundred thousand seconds, so we are looking at about a 2-hour record. 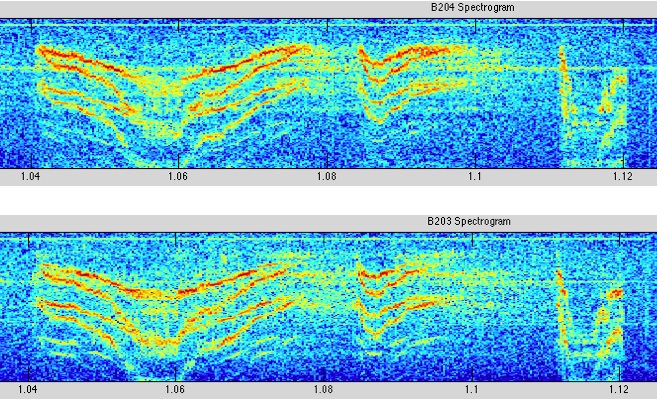 The 2009 screams we finally traced to opening and closing of dams and operation of hydropower generators near Lake Merwin, Yale Lake, and Swift Reservoir. 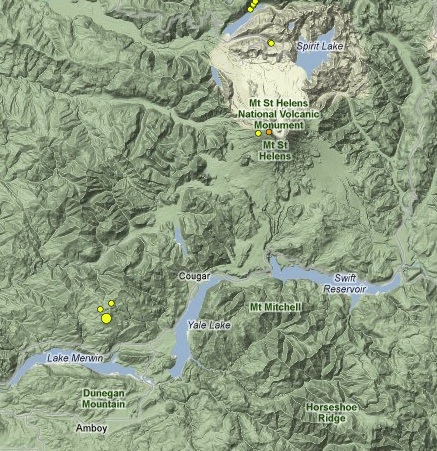 Given the likely heavy stream flow, it is the right time of year to see something similar now.  As is common, now that we've spotted this unusual signals, it is clear that there have been several similar but weaker bursts a day for at least the last 3 days.

In 2009, we were seriously uncertain what was happening for a week, but this time we're learned from our history.