UFOs in eastern Washington? No, rather UTEs (Unidentified Terrestrial Events)

UFOs in eastern Washington? No, rather UTEs (Unidentified Terrestrial Events)

In routine reviews of a good selection of the over 400 seismic stations we process sometimes an interesting, non-earthquake signal jumps out to stir our curiosity.

The short bursts on this seismogram from station MJ2 at semi-regular intervals are the interesting signals. The longer lasting signal near the right-bottom is a teleseism (distant earthquake) from Oaxaca, Mexico, M=7.4.  If one plots up a bunch of stations from nearby and order them from ealiest to latest a pattern shows up. 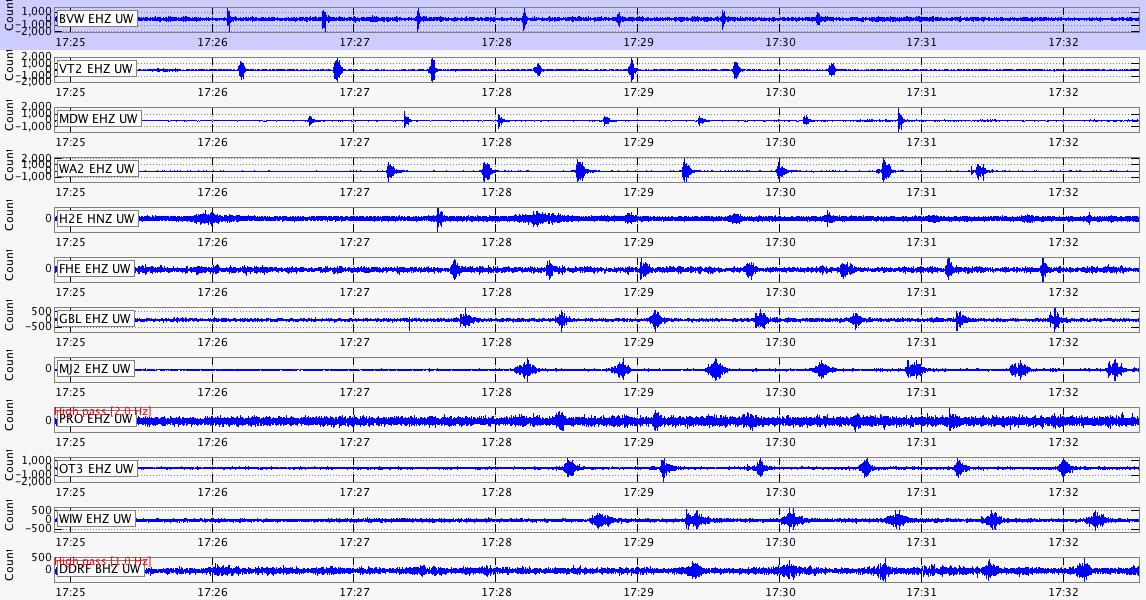 Some nearby stations have nothing unusual on them but most of the ones that are quite sensitive and installed in surface vaults at quiet locations do have these signals.  If one times the same arrival at each station and plots those values on a map, one first sees that the arrivals are not due to a plane wave traveling across the array nor due to a point source traveling with constant velocity across the array. 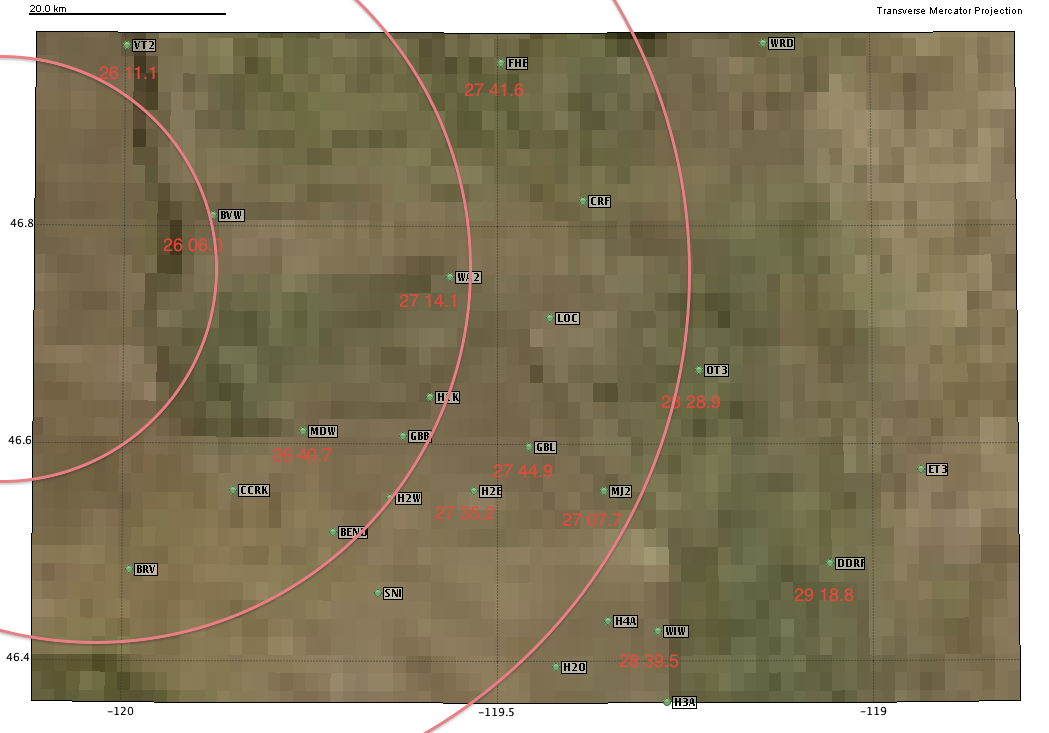 If one then makes the assuption that the source is stationary and thus the seismic waves fronts from it are circles, with a bit of fiddling one can get a source for them to the west of the array.  Looking at the timing at the stations it seems that the wavefronts are crossing the array with an apparent velocity between 0.35 and 0.43 km/sec.  These are MUCH less than seismic velocities in the ground but are just about or above the acoustic velocity of air (0.34 km/sec in dry air at 20C). Thus it seems that what is being recorded are accoustic airwave arrivals apparently traveling faster than the speed of sound.  This is possile if the waves from an explosive source travel upward into the atmosphere and then are refracted back down by a sound velocity reversal high in the air.  Since the wavefronts are arriving at the array from a steep angle they will have an apparent velocity higher than if they were traveling horizontally.

Indeed, hearing artillery fire over great distances has been reported for decades and the eruption of Mount St. Helens in 1980 was heard for hundreds of km and well recorded on seismographs all over the Pacific Northwest.

Speaking of artillery, check out the source area for these latest UTEs on the following map. 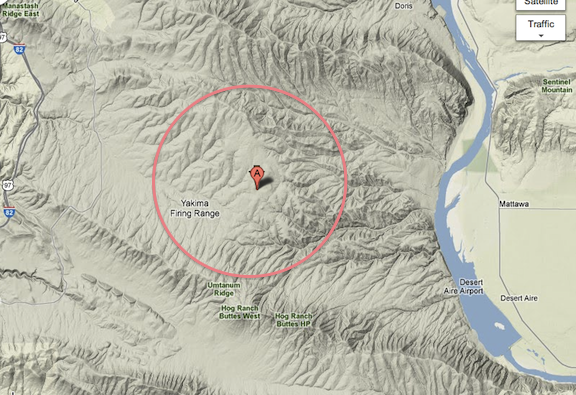 I suspect that those army guys at the firing range are either shooting off artillery or blowing up stuff or something.  They are known for doing this sort of thing in the past but some of us seismologists, even us really old ones, forget from time to time what things looked like in the past.  This blog will document these UTEs to remind me (and others) in the future not to be confused.