Though the residents of Gold Bar may not have noticed, tiny earthquakes have been popping off fairly regularly just a few kilometers east of town (and 11 kilometers below it) over the past few months. A total of about 300 quakes have occurred here since October, though only 100 of these were big enough to make it into the PNSN catalog, the rest were too small to show up on enough seismic stations. 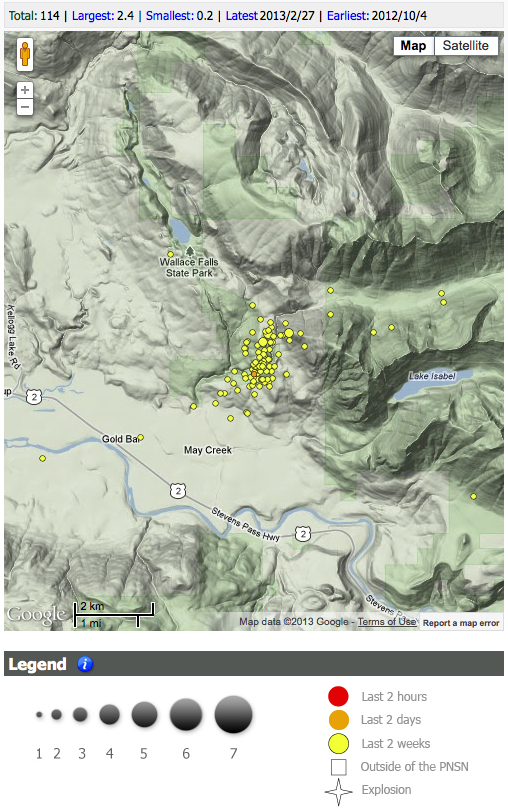 Only one person reported feeling any of these earthquakes, they felt weak shaking from the largest of the swarm, a M2.4 on December 28th. The vast majority of the quakes have been tiny, only 4 have been above magnitude 2, the rest were magnitude 1’s and lower.

Earthquakes that occur close to each other have very similar waveforms so we used the waveform shape of the known events as a template to scan through the continuous seismic data and pull out the rest of the smaller quakes that did not make it into the PNSN catalog. The plot below shows a subset of these events, highlighting just how similar the waveforms are to each other. Red events are events that made it into the PNSN catalog, black ones were too small, the time scale is in seconds. 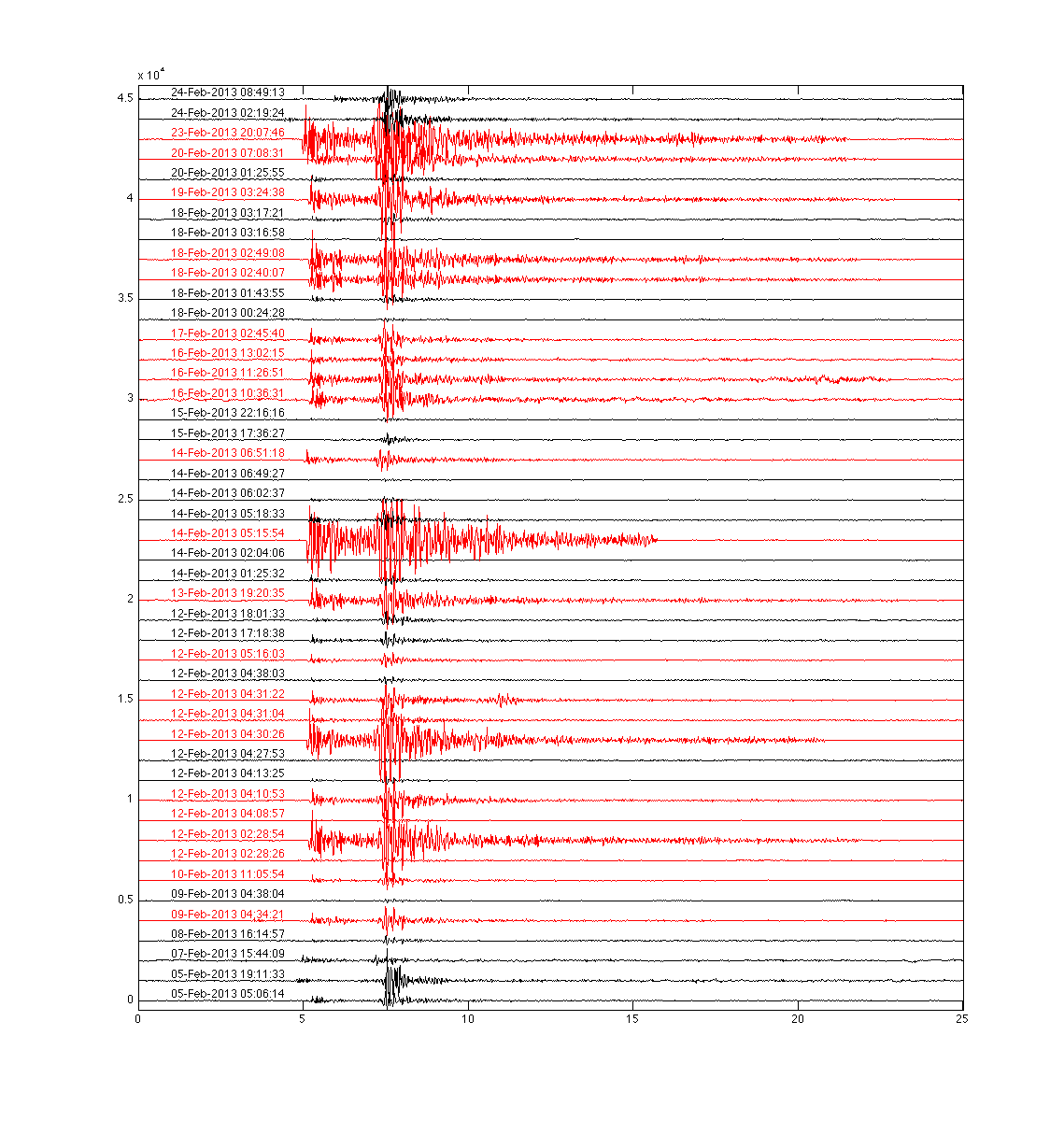 When we look at patterns of event occurrence using this more complete dataset (below), we see that these little quakes have been popping off nearly continuously since October, with some sporadic bursts of activity, particularly in December.

A high resolution relocation of the events relative to each other using a method called “double difference relocation” shows that the earthquakes fall more or less on a oval-shaped patch ~1.5 km tall and ~0.8 km wide that dips steeply, about 70°, toward the southwest. There is no obvious migration in the locations over time to suggest fluid migration, sometimes a cause of swarm-like seismicity, so what is it? Perhaps Hollywood has some answers? 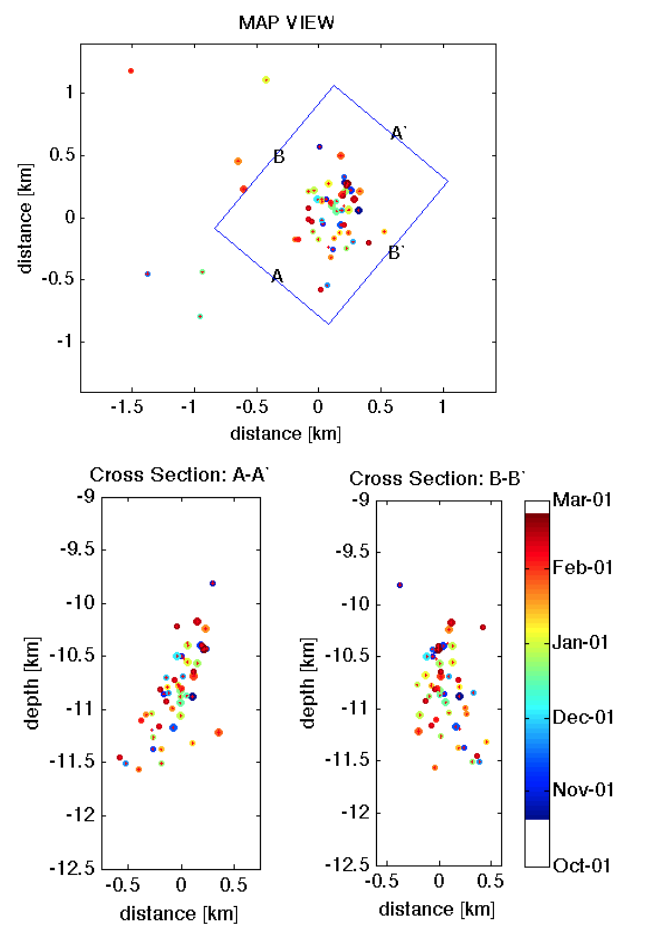