A flash in the sky, a thump in the ground

A flash in the sky, a thump in the ground

Several news reports, for example from KREM and from KHQ, describe a bright flash in the sky with colors and in some cases followed by a boom or series of booms. Reviewing seismograms around 6:30 AM PST we find weak signals on several stations (fairly strong signal on station, DAVN). By picking the arrival times (marked with blue arrows on the attached seismograms) of these signals and knowing that sound travels about 325 meters/second in air we can invert the arrival times for a common source location and origin time. 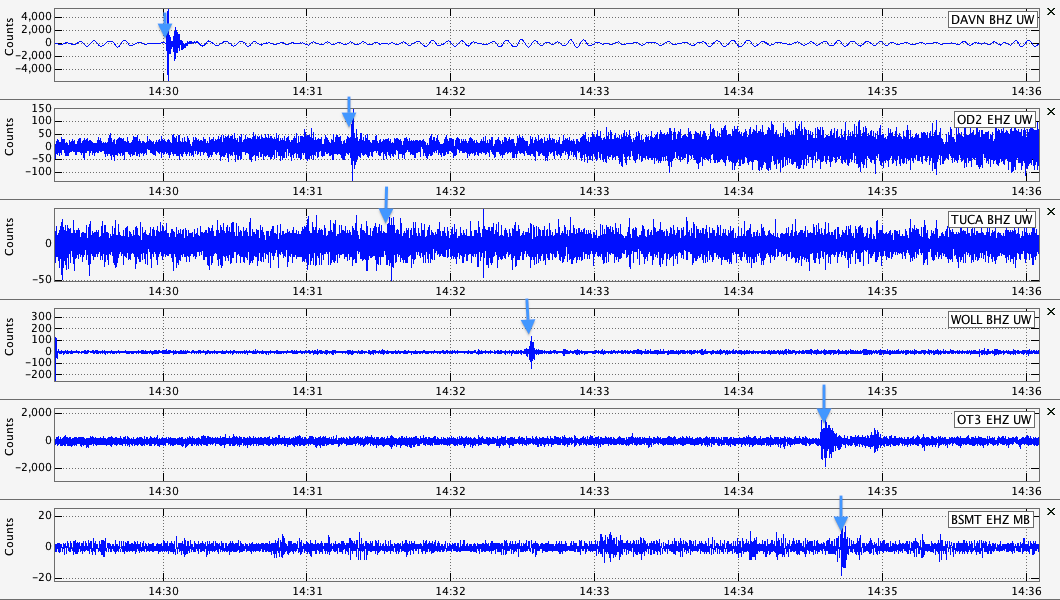 Thus we think the bolide entered the atmosphere somewhere above the town of Rockford southeast of Spokane probably at a fairly high angle.

While the generation of seismic energy from such an event is not exactly known, we think the way this works is that the bolide, as it enters the atmosphere generates a shock similar to that generated by a supersonic aircraft. This "sonic boom" travels through the air until it hits the ground where it can be heard by people and, for some seismograph station shake the instrument well enough to be recorded. Seismograph stations are usually installed in a place and in such a way to minimize shaking that comes from the air. After all we are mostly interested in vibrations of the ground and so try to minimize the "noise" from other sources. Of course, we fail in some cases and thus we make lemonade from this noise and locate sources in the air. 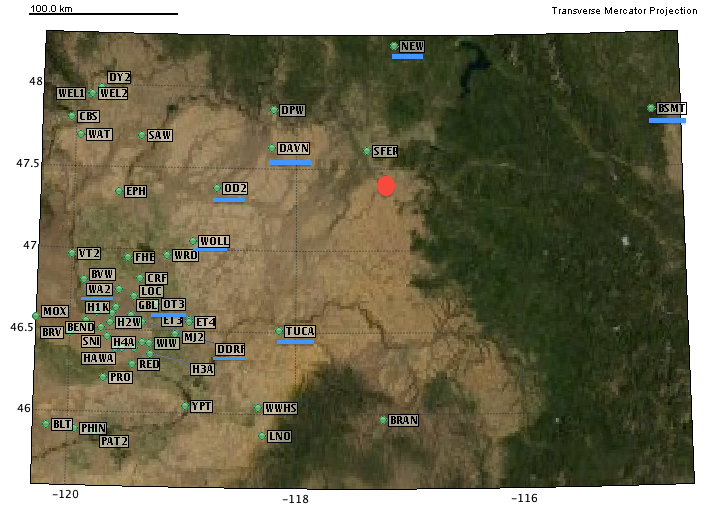 The attached map shows PNSN stations in eastern Washington and western Montana. The blue underline is for stations that have a weak but recognizable signal. The red circle indicates the approximate location of this event. Unfortunately station, SFER is currently down because of reconstruction work at the site.