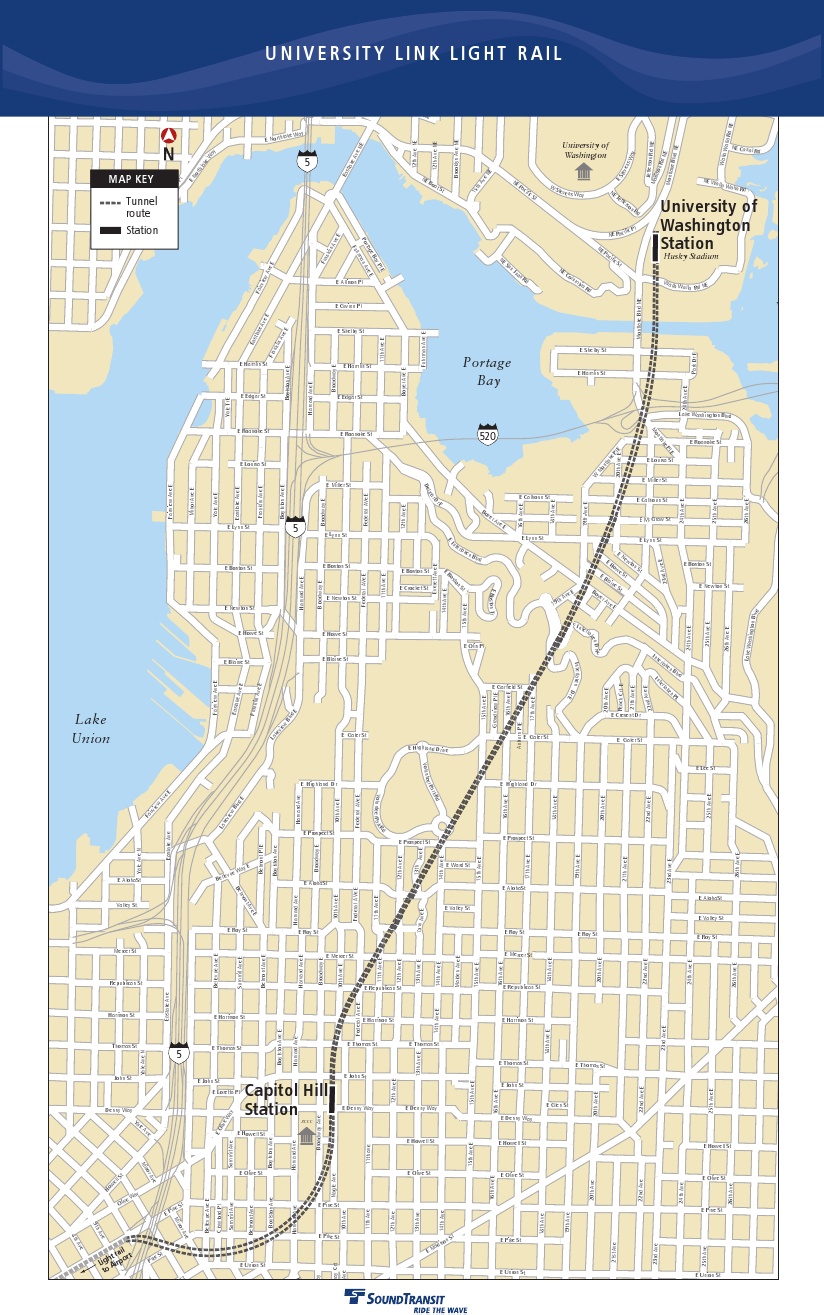 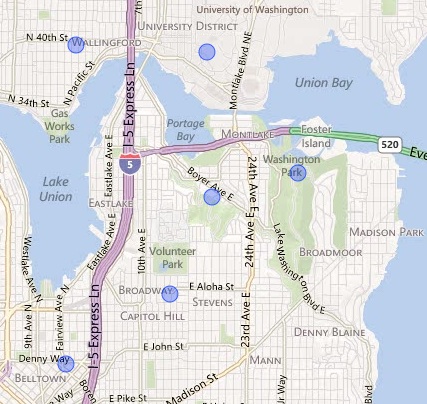 Unfortunately for us scientists, our jobs is complicated by the fact that seismometers record far more than just earthquakes.  Jet planes, Seahwaks fans, big boats, and shotguns for example.

We've reported the detection and measurement of noise from the Sound Transit tunneling near Montlake in our December 2 and December 6 blog posts last year.  The loudest noise arises not from the drilling, but rather the trains bringing down the sections of wall, and specificially their wheels clattering on the junctions between sections of rails.

Discussion between the Sound Transit shakers and the shaken residents, anchored by our accurate recordings of the level of the vibrations, have led to smoothing of the tracks and moderating the speed of the trains, rendering the construction noise more palatable.

The time interval between the pairs of spikes visible about a second apart turn out to be a good speedometer.  The speed of the trains turns out to be a main determinant of the level of noise they generate, and otherwise hard to estimate.

The operation has advanced south past Volunteer park (figure from capitolhillseattle), coming in range of a second PNSN seismometer.

The noise and some complaints have moved south, as well.  This 100-second-long seismogram, from the blue dot south of Volunteer Part, was written Friday morning.  The action is 100 or so feet underground here.  As always, the full motion takes three wiggly lines; the first motion east-west, the second north-south, and the third vertical.

A third seismometer near Denny Way is next along the line.  Still to be determined is the level of shaking generating when light rail is in operation, the next concern of local residents.

Meanwhile, over at the more tranquil Arboretum, the only vibrations are the rare earthquakes, this one M3.7 deep under Seattle on July 24th, 2011, with the usual P wave followed 10s later by an S wave.

If the Capitol Hill vibrations look nerve-wracking, Paul will soon report on the array of instruments we've placed in SODO, right next to the train tracks, which really jump many times a day.