These are events that occur at large distances from the network (more than 1,000 km).  This category therefore includes earthquakes as close as Alaska and as far as Antarctica.  The large distance between source and receiver means that only earthquakes exceeding a fairly high magnitude (probably at least Mag=5) will be visible on any spectrograms.  The large distance traveled by seismic waves also results in attenuation of high frequencies, so teleseisms have energy only in the low- frequency region.  Because of this, our short-period stations (those with extensions “SHZ” or “EHZ”), designed to record energy > 1 Hz, may not see them well.  Large earthquakes such as the M9.0 Sumatra earthquakequake, are visible across all of our networks. These events will show up most clearly on our broadband (extension “BHZ”) stations. 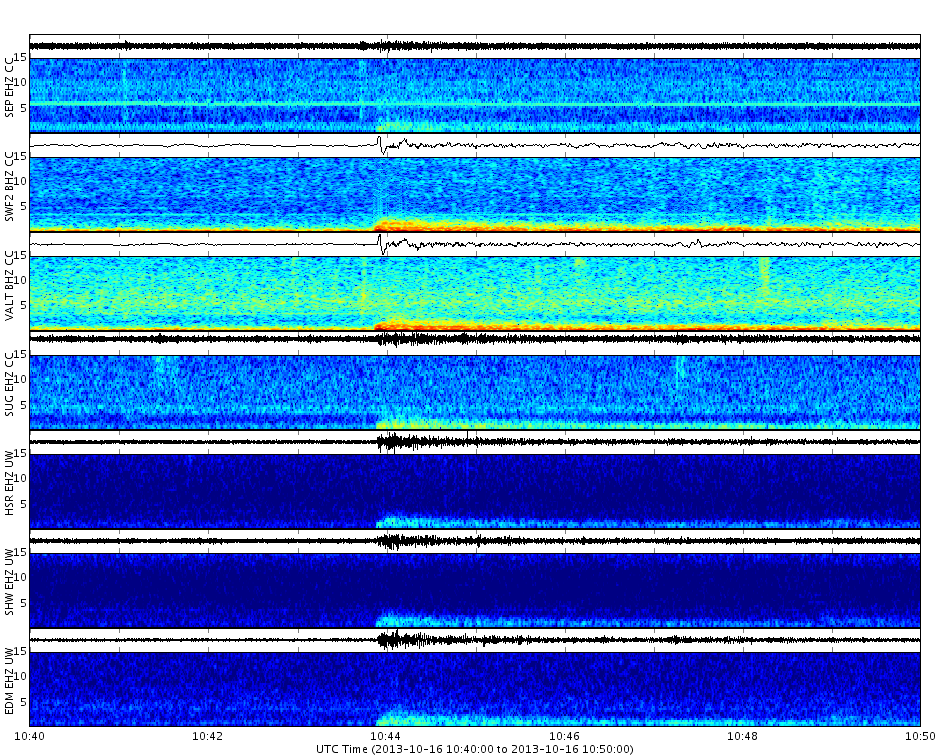 The above was recorded on the Mount St. Helens volcano sub-group and below on the northern Washington tremor sub-group (NW). Note the very low frequency of the first arrivals with energy only less than 2 Hz. 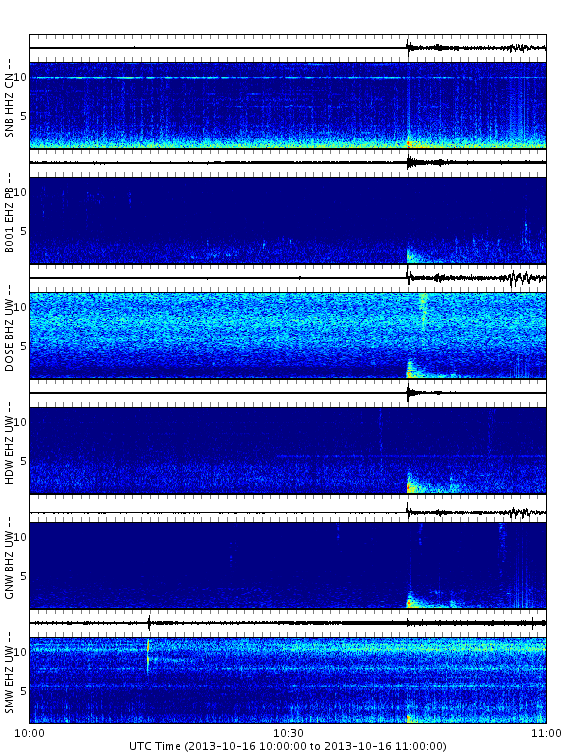