The Seattle fault runs east-west and cuts across Puget Sound, through downtown Seattle, and across Lake Washington. Geologic evidence indicates that it ruptured in a major earthquake (estimated magnitude 7.3) around A.D. 900, causing 7 meters (~21 feet) of offset at the surface, generating a tsunami in Puget Sound, and large block landslides into Lake Washington. 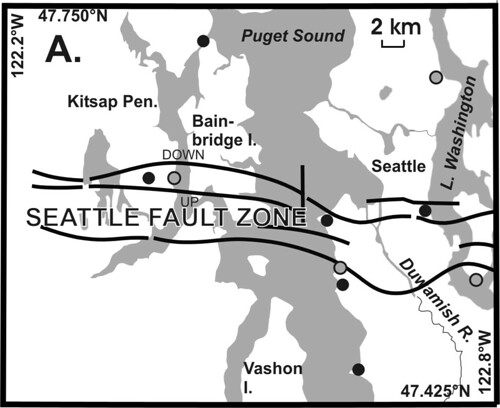 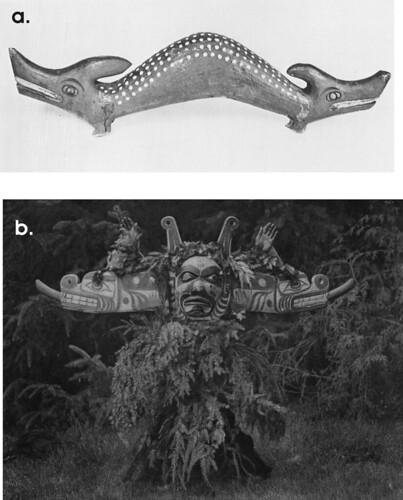 The supernatural being a'yahos is said to live at particular places, and large features that appear to be ancient large block landslides can be seen in LIDAR (Light Detection And Ranging) images of several a'yahos sites.

This article talks about the Native American cultures and stories of a’yahos, a supernatural serpent that lives in the ground, associated with the shaking and earth disturbances concentrated in Puget Sound along the Seattle Fault. Geologic evidence and knowledge of the earthquake history of Puget Sound and Cascadia help interpreting the meaning of these native stories.